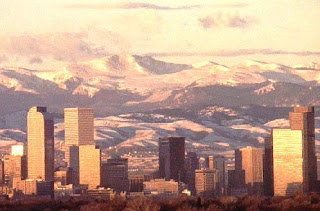 After a long drive from my southeastern corner of the Lone Star State I'm in Denver for a family reunion.

While I'm here in between the scheduled reunion activities with my blood family, I'm also trying to catch up with and squeeze in quality time with my Colorado based trans family like Eden Lane, Kelley Winters, Matt Kailey, Elizabeth Clair and a few other peeps from now until the time I depart late Sunday afternoon.

The last time I was in the Denver metro area was for a 2008 gender conference I was honored to be the keynote speaker for on the University of Colorado campus in Boulder that took place three days after the 2008 POTUS election.

You know what they say about time flying, and you also know what happens on Friday on this blog.  It's time to shine a bright spotlight on the fool, fools or group of fools who dare to show the world their ignorance, stupidity or off the charts hypocrisy..

So lets get busy deciding who gets our Shut Up Fool award this week..

Honorable mention number one is a group award for the Horizon Science Academy in Ohio.  The charter school sent a letter to parents banning braids and Afro puffs

Michelle E. Brown's commentary says it best for me as to why that was a cluelessly bonehead move.   What next, are y'all gonna ban burqas, too?.

Honorable Mention number two goes to somebody I'm gonna have to take out of retirement temporarily to properly eviserate in Uncle Ruckus, er Injustice Clarence Thomas.  He cast the deciding vote to invalidate Section 4 of the VRA and wanted to go even further to prove how pathologically deep his self hatred is by saying he would have voted to kill Section 5, too.

And this week's landslide Shut Up fool winner is another Texas Teapublican at the state legislative level in Rep Jodie Laubenberg (Teabagger-Parker).   She was trying to explain why an amendment proposed by Rep. Senfronia Thompson (D-Houston) to her bill to ban abortion after 20 weeks in the exceptions of rape, incest and the mother's life wasn't necessary.

"In the emergency room they have what’s called rape kits where a woman can get cleaned out. The woman had five months to make that decision, at this point we are looking at a baby that is very far along in its development."


WTF?   Laubenburg's bill would also shut down 37 of the 42 abortion clinics in the state of Texas.  She's also not only on the House Public Health Committee, she's chair of the Texas chapter of ALEC.

Rep Senfronia Thompson (D-Houston) the dean of the Texas House, let Laubenberg and the GOP have it too when they voted down her amendment.

All together now gang, Jodie Laubenberg, shut up fool!