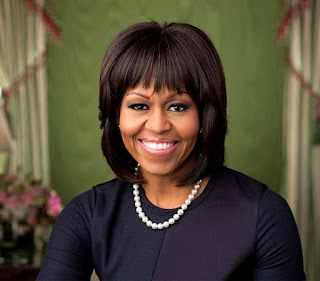 I've been on GetEqual's ass since 2010 about their one sided penchant for protesting this White House but not having the same vanillacentric zeal to protest their Republican oppressors.

I've also questioned at times if anybody in the org paid attention in their government or political science classes.

Once again their lack of vision and bad timing bit them in the behind when GetEqual's Ellen Sturtz interrupted First Lady Michelle Obama at a recent private fundraiser event.  The stated purpose was to call attention to getting the POTUS to sign an incrementalist ENDA executive order that the 1% white gays have been pushing that won't protect the entire community like comprehensive ENDA legislation will.

The only attention it has gotten was on how rude Ms Sturtz was, how problematic the optics were on this and how once again, predominately white led Gay Inc orgs pull these stunts that play well in the white gay community but piss off gay and straight African-Americans weary of the unprecedented levels of disrespect aimed at the Obamas.

The timing also sucked because African-Americans trans, gay and straight were already pissed off about being blamed by loud and wrong gay pundits for the Illinois marriage equality legislative FUBAR.

Denise Oliver-Velez comments on this latest GetEqual fail in her DailyKos post that features comments from a certain blogger y'all know.
Posted by Monica Roberts at 12:00 PM