Petition: Lift The US Ban On Trans Military Service

The dirty secret about the 2010 DADT repeal is it only applied to the GLB portion of the community.

Trans people were not included and were thrown under the civil rights bus (surprise, surprise) in the rush to get that passed during the 2010 Congressional lame duck session.

Trans people not only have to still hide who they are if they are in the military already, if they transition they are banned from joining the United States armed forces.

Transpeople who wish to do so should have the same option to join the military as cispeople do.

There are ten nations, Canada, Australia, Great Britain, New Zealand, the Czech Republic, Spain, Norway, the Netherlands, Thailand and Israel that allow transpeople to serve in some capacity their armed forces and it's past time the United States joined that list.

Here is a Change.org petition attempting to gather 50,000 signatures that seeks to get the ban on trans military service lifted.   Not only should that bad disappear, by allowing transpeople to join the military it would help make a dent in our unacceptably high unemployment numbers and give us access to benefits we are locked out of by not being able to serve. 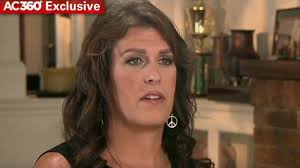 Some of our trans leaders and trans icons like Christine Jorgensen spent time in the military.  The leadership lessons they learned in those various branches were translated in trans civilian life to help us organize and provide leadership to all the communities those veterans interacted and intersected with.

And as the coming out former SEAL Team 6 member Kristin Beck points out, transpeople have been part of our military for years, fought for our country and are part of it right now.

We shouldn't have to hide who we are to serve our country.
Posted by Monica Roberts at 12:00 AM

Hi, just a moment back I was searching for the information on the same topic and now I am here. So much information, really well executed blog. This is really informative and I will for sure refer my friends the same. Thanks……Commercial Lifts UK

Hi, just a moment back I was searching for the information on the same topic and now I am here. So much information, really well executed blog. This is really informative and I will for sure refer my friends the same. Thanks……Commercial Lifts UK