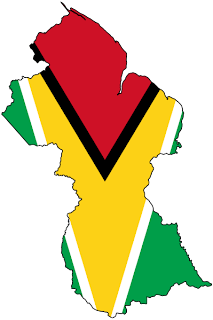 I wrote about this February 2009 case in the South American nation of Guyana in which several of our transsisters there were arrested for violating the British colonial era anti-crossdressing statute that for now is still in effect in that nation.   They were fined and given a faith based lecture from the bench by Guyanese Chief Magistrate Melissa Robertson, the judge handling the case.

The four transwomen involved in the case filed a lawsuit on February 20, 2010 to challenge that 1893 law.

Three years have now passed since that case was filed, and Guyana's chief judge Ian Chang is holding hearings on whether to eliminate that colonial-era prohibition on cross-dressing that Seon Clarke, spokesman for the Society Against Sexual Orientation Discrimination alleges is being selectively used by the police to target the country's trans population.

“The law is plainly at odds with the ethos and provisions of the Guyana constitution, which states that it is committed to eliminating every form of discrimination,” said Clarke.


Guyanese officials who attend an annual United Nations conference on human rights issues have promised to review the British colonial era law.   The Government of Guyana committed at the Universal Periodic Review at the United Nations in Geneva in May 2010 to “hold consultations on this issue over the next two years.”

But as you probably guess, because of faith based opposition Christian, Hindu and Muslim groups no action has been taken so far to keep that promise to review the law the faith based haters wish to keep in place.

The first hearings to review the law were recently held, with the government response coming on June 4.

“Tuesday’s full-day court hearing is really the culmination of more than 4 years work between SASOD, U-RAP, Guyanese human rights attorneys and the transgender folk who suffered egregious abuses and enduring injury to their human dignity during the February 2009 police crackdowns on cross-dressing,” said SASOD’s Co-Chair, Joel Simpson. “Justice can only be served by the court declaring this insidious law unconstitutional, null and void,” Simpson concluded.