Will GENDA Finally Pass In New York This Year? 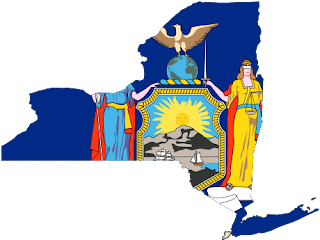 So what's GENDA?  The Gender Expression Non-Discrimination Act (A.4226/Gottfried)(S.195/Squadron) is a bill that would outlaw discrimination in New York State based on gender identity or expression. Currently it is legal in most parts of New York to be fired from your job, kicked out of your home, denied or public (like service in a restaurant) simply for being transgender.

GENDA is not a controversial bill in New York state.   It has broad based support.   A Global Strategy Group poll of 600 New York voters found 78 percent supported its passage (margin of error +/- 4 percent). Support was strong across the state - upstate was 74 percent, New York City was 79 percent, downstate suburbs were at 82 percent - and even Republicans and independents supported the bill at 67 percent and 78 percent, respectively. 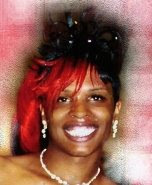 GENDA would also expands the state’s hate crimes law to explicitly include crimes against transgender people.   When Dwight DeLee, the convicted killer of Lateisha Green was charged with a hate crime in 2009, it wasn't based on the fact Green was a girl like us, it was because DeLee perceived her as gay.

That needs to change.   What also needs to change is the jacked up situation that gays and lesbians have had civil rights protection in New York state for over a decade because they threw transpeople under the bus in 2002 to get it.

GENDA has passed the New York state assembly five straight times only to die in the state senate.  It also hasn't gotten the support, attention and same level of effort the marriage push got before it passed in 2011.

The Empire State Pride Agenda says that passing GENDA is their top legislative priority.  While I've met people in the organizations who are sincere about that statement, I'd like to see the deeds back up the words.

I'll also be less skeptical about it when I see former president Bill Clinton, New York Mayor Michael Bloomberg,  Gov. Andrew Cuomo (D) and the same long list of politicians, organizations and people in the gay and straight communities putting together the same type of political full court press on the NY Senate to pass this bill like they did for marriage.

And note to HRC.  If you're looking for ways to show that you're serious about making amends to the trans community over Trans Flag Gate, put your money where your mouth is.  Spend the big Equal Sign bucks and throw your political weight around to pass this bill.

And no, claiming that you're working 'behind the scenes' to help it pass isn't going to cut it.  We need visible, easily verifiable proof you are acting in the best interests if trans New Yorkers and getting GENDA passed. 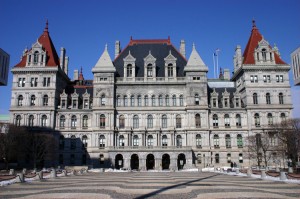 I would love to write a post this year with the headline 'GENDA Passes!' instead of the one I've had to write for the last five years.  But for me to be able to do that, you trans New Yorkers will have to act as agents in your own liberation.

You may wish to start that process by making plans to head to Albany on April 30 for Equality and Justice Day.

You'll get your opportunity on that day to head to that beautiful; state capitol building of yours that your taxes pay to maintain to advocate for GENDA's passage.   If you can't, you can always call, visit or e-mail your New York state assemblyperson or senator and tell your story.

The trans human rights train has already left the station and made stops in 16 states, the District of Columbia and over 180 local jurisdictions.  Time to add New York State to that list.
Posted by Monica Roberts at 12:00 AM

GENDA was on the same docket as marriage equality. When the latter was passed it seems that GENDA was all but forgotten. In my mind, it's more about looking good rather than equality. Goes back to the time right after Stonewall. Tran people pushed to the margins.