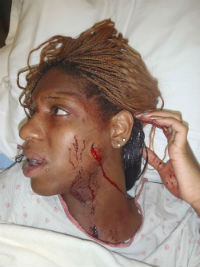 'Flaherty deserves jail time and a fine for causing bodily injury to CeCe, and the trans community should not rest or let this crap slide until CeCe gets some justice out of this fracked up situation, too instead of the heaping helpings of injustice she's had to deal with.'   TransGriot  December 10, 2012

This is the closing paragraph of the December 2012 post I wrote concerning CeCe McDonald's attacker Molly Shannon Flaherty in which I asked why were the authorities dragging their feet on the case and why was CeCe the only person doing serious jail time for standing her ground against a racist and transphobic attack aimed at her and her friend and involved a known white supremacist?.

Katrina Rose in her ENBAblog 2.0 post she wrote on December 10, 2012 as well gave us her theory into why the wheels of justice were possibly grinding so slowly in this Land of 10,000 Lakes case. 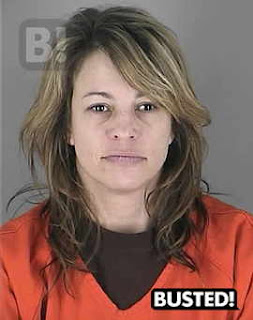 Flaherty already had a criminal history and charges pending  from a previous March 2011 arrest before that fateful June 5, 2011 night at the Schooner Tavern.  She and her buddies decided to put the Black gay and transpeople in their place and it resulted in white supremacist Dean Schmitz's death.

The 41 year old Flaherty wasn't even arrested and charged until May 11 of last year, right about the time that loud cries were coming from around the country about the glaring fact the Black trans woman was the only one being charged and railroaded into jail for this incident.

Care to guess how much time she got for assaulting CeCe McDonald?    180 days in jail.  (Damn Kat, you called it.)

Nope, that's not a typo. The justice Just-us system at work again.  Flaherty got 180 days in jail for a third degree assault she instigated and for smashing a glass in CeCe face that created a cut taking 11 stitches to close  while CeCe is spending 41 months in jail for being BTWW (Black Trans While Walking) and having the audacity to stand her ground and defend herself.

This disgusting, biased, kyriarchic judicial system and its imbalance in sentences in a so-called free nation like the USoA is infuriating. I assume I'm one of the very few following CeCe's case from the EU since a while and I don't know what could be done to bring fair justice for someone which had no other choice than self-defense!