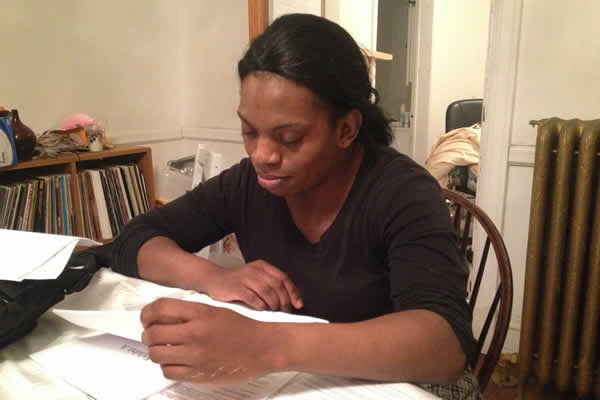 Lakiesha Washington was homeless and needed help when she showed up April 3 at the John L. Young Shelter for Women.  But instead of help, because she is a girl like us she got denied entry.

The lawsuit says the employee then told Ms. Washington, “We don’t do transgenders here. You have to leave.”

Never mind the fact this is a violation of the DC Human Rights Act that since 2005 prohibits discrimination against people based on gender identity or expression.  The John L. Young Center was dealing with a previous Office of Human Rights complaint of anti-trans discrimination filed back in February by the DC Trans Coalition's Andy Bowen that had reached the investigation and mediation stage.

New Hope Ministries executive director John Shetterly was advised of that on March 18 by Sterling Washington, the director of the DC Office of Human Affairs according to a story in the Washington Blade and still took no action to bring the center into compliance with the DC Human Rights Act.

The center is run by Woodbridge, VA based New Hope Ministries, but because it is receiving funding by the DC government, that makes it subject to the Act.


The DC Trans Coalition along with Ms.Washington filed a lawsuit against the center April 5 and negotiated a temporary restraining order that allows her and future transwomen into the shelter. 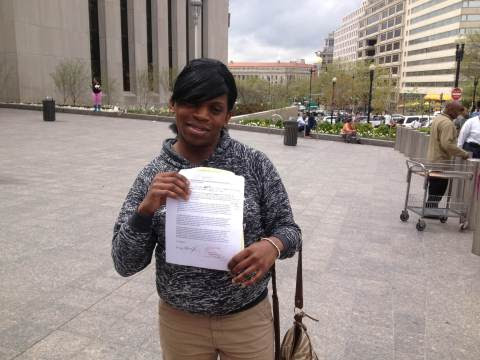 In addition, the staff of the John L. Young Center will undergo trans sensitivity training conducted by Earline Budd's organization Trans Health Empowerment and the Mayor's Office of GLBT Affairs.   Ms. Bowen will withdraw her complaint as part of the agreement and the John L. Young Center will improve the privacy of its bathrooms and showers so no one gets outed on the basis of their genitalia.


“DC has great nondiscrimination laws, but good laws do not equal adequate enforcement,” said Bowen. “This case showed the need for more vigilant enforcement, and if DC Trans Coalition has anything to do with it, enforcement’s gonna happen.”

And it's nice to see the arc of the moral universe quickly bending toward justice for Ms. Washingon and all trans people in the District of Colombia.
Posted by Monica Roberts at 12:00 PM