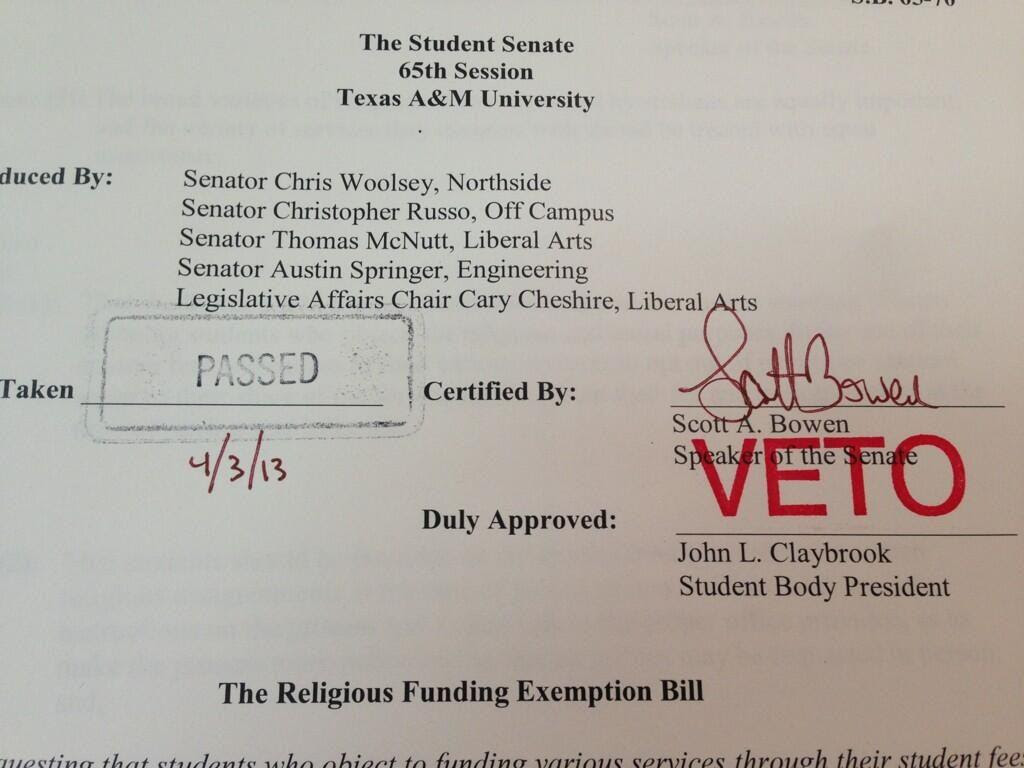 The Texas Teahadists have had their water on for the LGBT centers on the Texas A&M, University of Houston and University of Texas campuses for some time and launched efforts to kill them in this 2013 legislative session. .

It was a two pronged effort on the Texas A&M campus.  The homobigots on campus there have been trying for years to kill the GLBT center.   They launched another effort to take away its funding by authoring the 'GLBT Funding Opt Out Bill'  that would have given Aggie students the option to opt out of funding for the center if they have 'religious objections' to it. 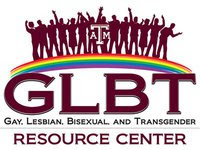 Less than 24 hours before the April 3 vote they attempted to put lipstick on this pig of this unjust bill by renaming it the 'Religious Funding Exemption Bill' and removing all references to the GLBT center in a feeble attempt to mask the blatant anti-GLBT bigotry and deflect attention from the fact it was an attack upon the center.

After 3 hours of contentious debate it passed on a 35-28 vote and the unjust bill was sent to Texas A&M student body president John L. Claybrook for his signature.


News this week that some student senators had targeted the center thrust the traditionally conservative university into the national spotlight, and Claybrook said it was time to “stop the bleeding.”
“The damage must stop today,” Claybrook wrote in a letter announcing his intention to veto. “Texas A&M students represent our core value of respect exceptionally and I’m very proud of the family at this university. Now, more than ever, is the time to show great resolve and come together, treating each other like the family that we are.”

The future Teahadist student senators pushing this unjust measure can try to override Claybrook's veto, but it will take a 2/3 vote to do so.  It didn't have a 2/3 majority when it passed so it's likely the veto will stand.  Even if they were successful and it became A&M policy, it would almost certainly be struck down in court and expose the deafeningly silent senior Texas A&M administration officials to legal liability.


Ken Upton, senior staff attorney for Lambda Legal’s Dallas office, said even if the bill were signed and adopted as university policy, it wouldn’t last long.

“The most likely result is that a court would step in and stop it before it even happened,” Upton said.   He said there was clear legal precedent on the issue as laid out in the Supreme Court’s ruling in Board of Regents of the University of Wisconsin System v. Southworth, where students sued their university because they opposed multicultural, environmental and GLBT groups.

Meanwhile, on the University of Houston campus their Student Government Association unanimously approved a resolution opposing the second prong of this attack on Texas collegiate LGBT centers

Proud of my alma mater and their SGA!


There was also victory on the Austin front as well.  State Rep Bill Zedler (R Teabagger-Arlington) proposed an unjust amendment to the state budget bill designed to eliminate LGBT resource centers on state university and college campuses. The amendment would also eliminate state funding for women's centers and all gender and sexuality centers at Texas universities.    Under pressure, he withdrew that amendment

So this two pronged attack on GLBT centers is terminated for now, but you know we Lone Star State progressives must be forever vigilant as long as the GOP has control of our state legislature and the governor's mansion because the homobigots will not stop until their mission is completed.