Y'all Know What Today Is... 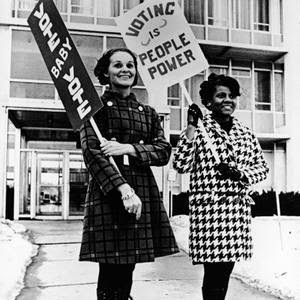 Because I've been talking about it for the last two months.

It's Election Day!  November  4.   Get the f*%k up and vote day!   Take your soul to the polls.  Vote out the stupid.  I'm not the only person in this country that wants you to do so.   I just have a bigger electronic platform to say it from.

This is it.  This election will determine the course of the nation, your state, and your locals for the next two years, so handle your electoral business.

And it's razor thin. 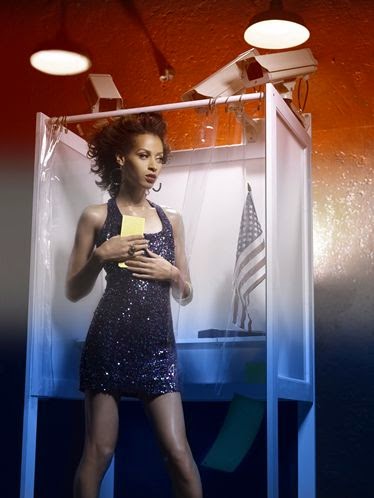 I stopped trusting the polls a long time ago because they are off.   I believe not enough Black and Latino voters have been sampled.

As far as I'm concerned, the only poll that counts is the one that happens today.   So do your part and vote for the candidates in your area up and down the ballot, and pay extra close attention to the judicial ones.

You cannot afford, especially if you are a member of a marginalized community, to sit out ANY election because your human rights and the quality of your life depend upon it

The Republican Party of 2014 is not your grandfather or great-grandfather's GOP.   They wish to repeal the 20th Century.

Am I happy with the Democrats?  Nope, but I'm highly pissed off at the Republicans.

I have been paying attention not only to their racist voter suppression policies and anti-woman and anti-POC rhetoric, I've noted the unprecedented Massive Resistance 2.0 obstruction coming from the GOP on anything that President Obama proposes to get this country moving forward.

And in 2014 and beyond, until the GOP changes its racist tune,  I would rather have the Democrats in in power than a party that hates government and my people.

Besides, when you have one party like the Republicans that controls half the government and actively refusing to participate in governing the country, you don't reward them by giving them control of the fracking US Senate.

So go do your civic duty and vote.
Posted by Monica Roberts at 12:00 AM