Can Y'all Stop Hatin' On Trans Women For The 2014 Holiday Season? 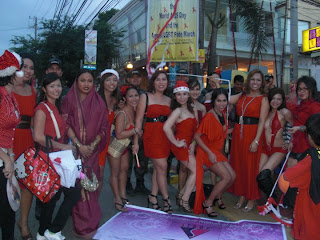 I wrote posts in 2009, 2011 and 2013 asking this question, and in light of the fact we're getting ready to start another holiday season, just thought I'd ask the question one more time.

Can y'all stop hatin' on trans women for the holidays?

I know the TERF's are incapable of doing it because it's programmed into their intolerant of trans women DNA, so no point in even directing this question at them.

But for the rest of the planet that is capable of love and compassion for their fellow human beings, can y'all refrain for one month from killing or injuring my trans sisters or at the very least, making disparaging transphobic remarks?

For the 2014 holiday season, I would like for not one transperson anywhere in the world to be killed or injured.

For the 2014 holiday season I'd like to not have to read or hear about hate speech or misgendering comments about us coming from friends, frenemies and foes 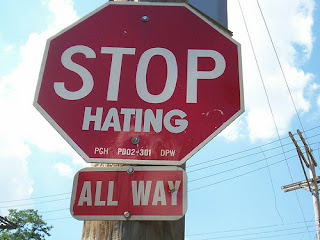 For the 2014 holiday season, I'd like to not have to see any anti-trans comments from religious leaders.

For the 2014 holiday season I'd like to not see a positive story about us on the Net have a comment thread attached to it with an avalanche of hateful, ignorant and transphobic comments.

And as a holiday gift to us, for the 2014 holiday season, can we trans women around the world simply be able to live our daily lives without drama?

Yeah, it's wishful thinking, but I'm going to at least say it so it has a fighting chance of actually happening.
Posted by Monica Roberts at 3:30 PM