Well peeps, the election didn't go the way we wished it to go, and we now have to deal with when the 114th Congress starts in January the specter of Senate Majority Leader Mitch McConnell.

For all you liberal progressive people who didn't vote, for all you didn't do on Election Day, the new GOP majorities on Capitol Hill are the result.

So when they gleefully start repealing the 20th century over the next two years, don't look at me because I and other peeps tried to warn you what was coming if they got their paws on the Senate in addition to having control of the House.

Okay, so while I'm traveling to the Windy City for the Representing Trans* Symposium that's happening on the University of Chicago campus tomorrow (and hope to see you Chicago peeps while I'm there) let's get to my usual Friday 'bidness' of calling out the fool, fools or groups of fools who deserve to get lambasted for their arrogance, stupidity, and jaw dropping WTF level ignorance.

Honorable mention number one goes to 'errbody' eligible to vote in the 2014 midterms who came up with whatever weak ass excuse NOT to do so.

I'll will repeat this again:  If you're eligible to vote, there is NO acceptable excuse for sitting out an election.   Every rime the GOP majority does something that you don't like and you start complaining about it, the first question out of my mouth will be "did you vote in the 2014 midterms?"   If you didn't you'll be getting cussed out and the sideeye from me, so get ready for it.

Honorable mention number two goes to every white woman in Texas who voted for Greg Abbott.  Texas Black and Latina women voted for Wendy Davis, and you voted for your oppressor instead of one of your own?

Honorable mention number three goes to Anthony in San Diego, who called C-SPAN as part of the post mortem over the 2014 midterm and let loose the real reason why the GOP won the midterms: racist hatred of President Obama.

Thanks for giving me the ammo to prove once again that the Republican Party and the conservative movement is nothing more than the political arm of white supremacy.

Honorable mention number four goes to all the  Democrats who failed to run on the ACA, societal fairness. and embrace President Obama.  Gee, how did that work out for you on election night?

I can tell you that those House and Senate candidates who did embrace Democratic values and didn't run from the president won Tuesday night.

Honorable mention number five is Joe Rogan, who once again ignored the mounting evidence and went back to transphobically bashing Fallon Fox.

Joe , you owe my talented WMMA homegirl an apology which I suspect will come the same time that Ronda Rousey's transphobic behind gets into the cage with Fallon

Honorable mention number six is a local fool in Houston Pastor Willie Davis, who while christopimpin' for his GOP massas opened his mouth and said the HERO would take away rights from heterosexuals?

Conservakneegrow please!  Pay very close attention.  One of the 15 categories the Houston Equal Rights Ordinance bans discrimination on is RELIGION.   But I guessed you missed that point while you were kissing Dave Welch's and Max Miller's behinds.
.
This week's Shut Up Fool winner I go straight (pun intended) to New York City for in Pastor James David Manning, the head of the ATLAH hate church there who is making a late run for the 2014 Shut Up Fool of the Year.

He gets this week's nod for a double shot of homophobic coonery and buffoonery.

First he parted his lips to say that 'upscale sodomites' make Starbucks a 'Ground Zero for Ebola'. 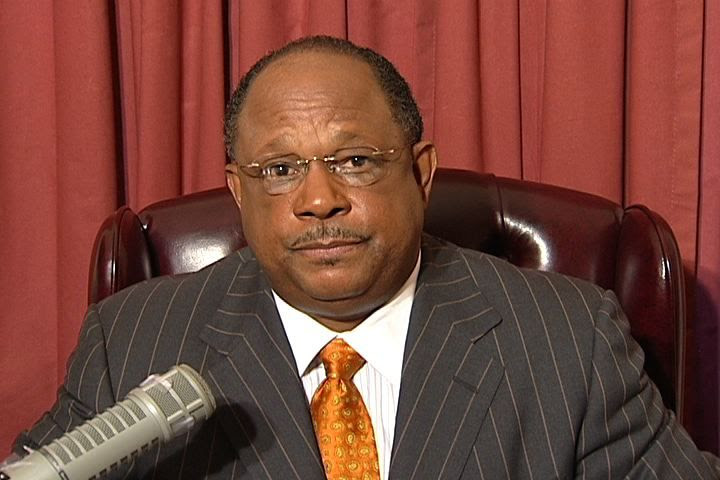 Then Uncle Ruckus, er Pastor Manning took another shot at Starbucks by claiming their lattes are flavored with 'sodomite's semen'.   Hmm, wonder if the good pastor is doing wide stances in his office, because he sure does spend an awful lot of time and what little brainpower he has fixated on the LGBT community.

Any takers on how soon the cease and desist defamation legal papers should be hitting the ATLAH World Church doors from Starbucks?