Mia Love Is NO Shirley Chisholm 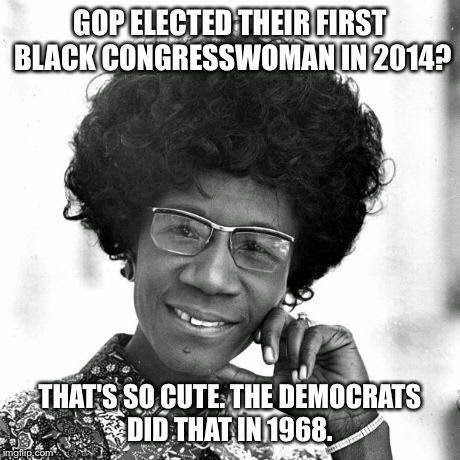 The Republicans are still crowing about the history they made in terms of Mia Love being elected to congress as the first ever Black* female Republican.

Took y;all until 2014 to do it.  Meanwhile the Democratic Party has been electing powerful Black women to Congress since 1968  starting with Shirley Chisholm, and even elected the first ever Black female senator in Carol Moseley Braun in 1992.

Ho hum.  She lost by a mere 768 votes in the 2012 cycle to Democrat Jim Matheson who retired, is a Mormon and got elected in Utah, a state that rivals Wyoming as Safe Republican turf.  Color me impressed when a Black female Republican spouting that same conservabullfeces gets elected in the 'hood in LA or Oakland.

I have a better chance of you  seeing me sashaying down the runway of the Victoria's Secret show than you seeing a Black female Republican getting elected to Congress from a predominately Black district where GOP is an epithet.

Ask Star Parker about that. . 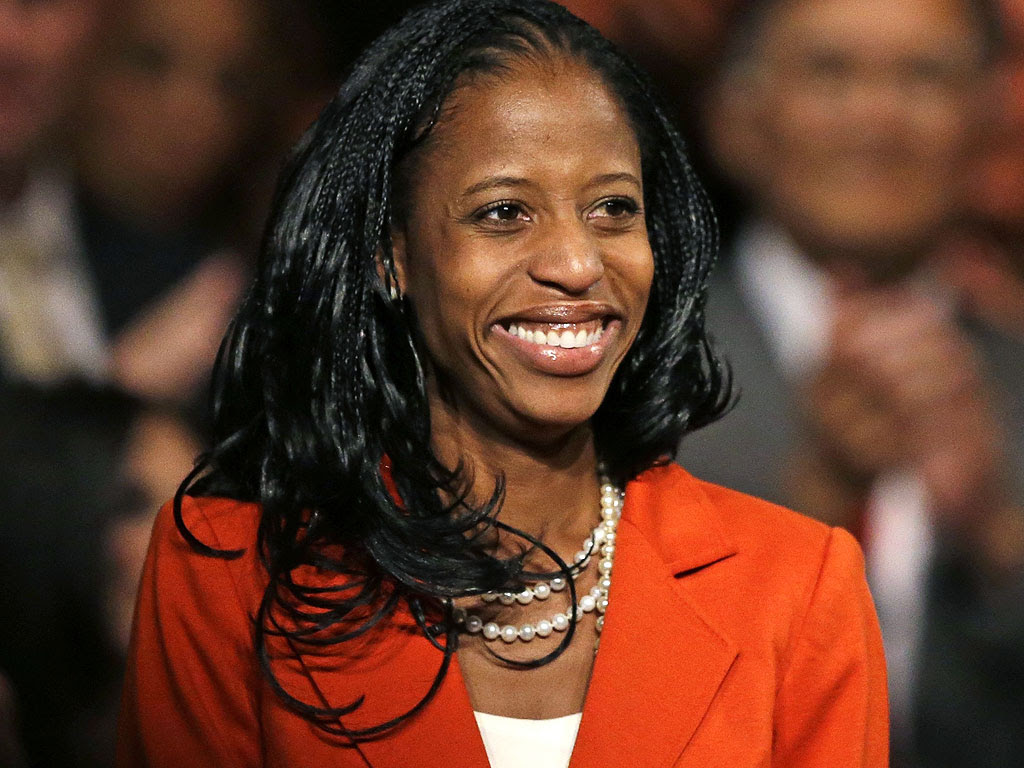 Love may have Caribbean roots, but that's where the similarities end between her and the first Democratic woman to get elected to congress in Shirley Chisholm back in 1968.

Love espouses the same jacked up policies white Republicans love while denying her Black heritage unless it's convenient for her to do so..


And Love declaring herself 'a problem for the Democratic Party?'

Excuse me one moment.

So spare me if the GOP is going gaga over her right now.  Ask Michael Steele or JC Watts what happens when your useful fool days are over in the conservative ranks