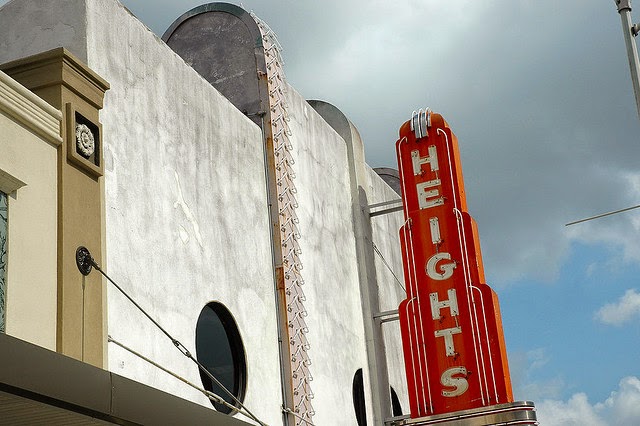 Unlike the last time in 2010, when I moved from Louisville back to Texas, this one is different in a lot of ways.    It's a shorter distance, there was unnecessary drama that triggered it, and I'm leaving the 'hood.

I'm moving to the Houston Heights, AKA the Heights.   It dates back to 1891 and was one of Houston's first suburban neighborhoods when it began to grow and expand from its original square mileage on the road to becoming the 720 sq mile diverse international city we know and love.   It was incorporated as its own city in 1896 and kept that status until Houston annexed it in 1918

I officially started the moving process yesterday by picking up the key from my landlord and moving my clothes I was able to take with me during Operation Extract Moni into it.  I notified my landlords I was exercising my option and planned on signing an initial six month lease to see it I like the area.

I'll get my desktop, books, CD's and DVD's when I have tables and bookshelves to put them on.   That's probably gonna happen soon because I have a trip to New York coming up and my sweater coat I was able to get away with for the Chicago and Dallas trips isn't gonna cut it up there in early December .

While I'm not happy about the transphobic family drama that precipitated this move, the end result is that for the first time since September 2001 I will be living in my own space.   And speaking of space, major thanks to Sahel and her family for opening their lovely home to me as I waited for the previous tenant to vacate my apartment.

While it's larger than the rooms in the three houses I've been living in for the last almost decade and a half, it's still a small space that I will have efficiently and creatively decorate to make it my own

It's also one in which I get to figure out the next chapter of my life and how I want it to play out.  I know what I want to do, it's just making the plan and putting in the hard work to get there

New neighborhood means new opportunities to make lifelong friends.  It's a new part of the city I get to explore.   I've always wanted to live in the Heights, and now is my chance to do precisely that since I am definitely an Inside the Loop kind of girl.

So while I was in a melancholy mood about it yesterday, and the cloudy, rainy H-town weather didn't help, it's a new day, the sun is out, and it's time to get started getting acclimated to my new place and new neighborhood.

Thanks to everyone out there who made it possible
Posted by Monica Roberts at 10:00 AM