Naw, You Don't Have The Right To Discriminate

If y'all thought I was being harsh for calling yesterday's star studded event at Riggleworld a hate rally, peep these shirts that were being worn by some of the attendees.

Meanwhile, the Houston LGBT community spent the day role modeling what Christianity is really supposed to be like.

Contrary to the lies you were told from the Grace KKKommunity Church stage, you DON'T have the right to discriminate against gay folks or anybody else, and that goes double if you think (and yeah I'm going there) because of your white skin and that vanillacentric privilege you're swimming in you do.

And bigotry wrapped in scripture and prayer is still bigotry.  As a Christian I'm beyond sick and tired of right wing conservafools hiding behind the Bible to push their reactionary political agenda.

Oh yeah Steve. it's been T+5 months since HERO passage, and there have STILL been no bakers in the Houston city limits forced to bake swastika cakes as you  predicted.

Don't think that non-white folks like myself didn't notice the overwhelming whiteness of the room, the suburban location of the hate rally, or the speakers flown in for this event who are heavily involved in GOP political circles and the anti-LGBT industry.

Religious Freedom' doesn't mean, 'I get to be as bigoted, hateful and intolerant as I want to peeps I despise and you can't call me on it."

As I said during the HERO battle and will continue to say it, you don't like me or anyone else in the trans, bi and SGL community calling you haters and bigots, stop behaving like it. 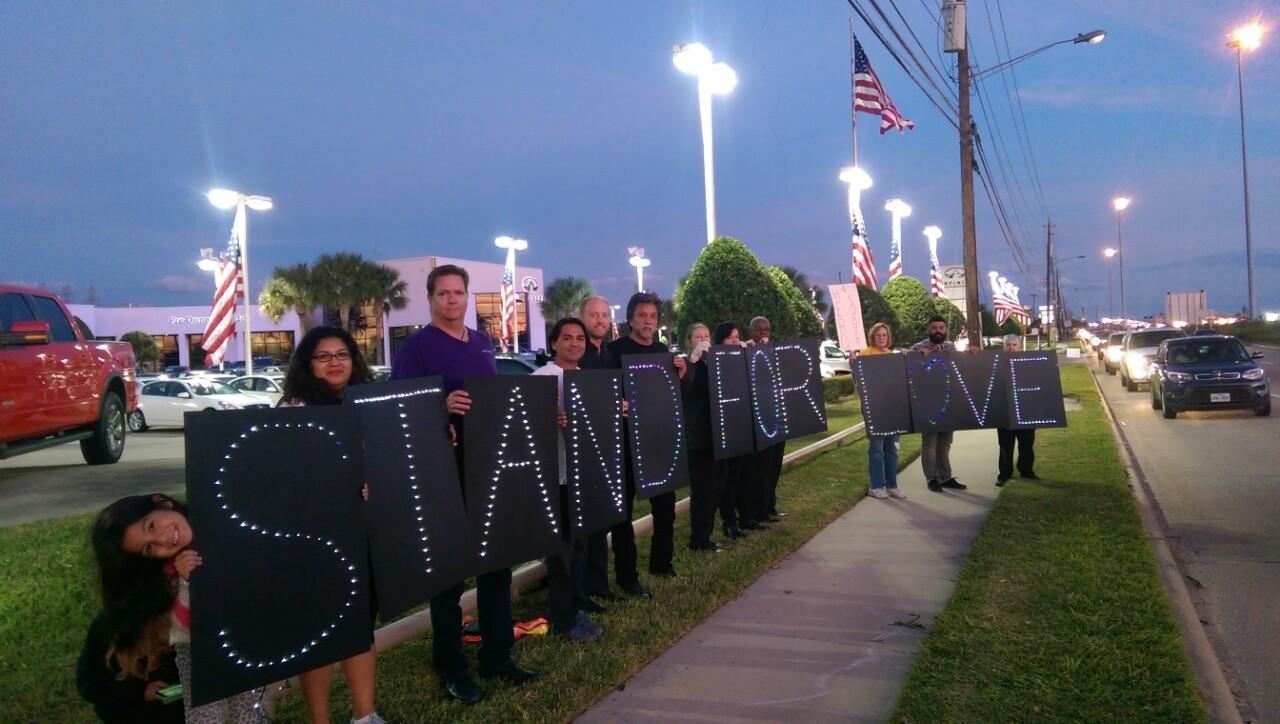 What it means is you can have whatever religious beliefs you wish.  What you can't do is try to forcibly impose them upon me, or use political power to do so.

In a pluralistic society that has multiple faiths and even allows you the right to not have a religious faith preference if you so choose, that's the way it needs to be.

As my homegirl Christina Gorczynski said in an interview yesterday, "Religious freedom and equality go together, they're not mutually exclusive."

But unfortunately, some of y'all in your zeal to rewrite history and christopimp forgot that salient point.