Texas GOP, It's Payback Time In One Month 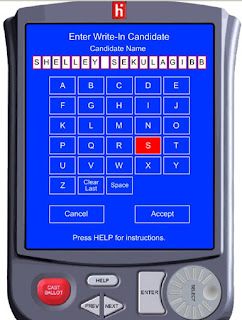 While I'm beginning another day of Owning My Power during this thrid edition of OUT on the Hill, my mind still is thinking about events back home and the significance of what happens thirty days from today's date.

October 22 is the first day we Texans get to cast early voting ballots in this 2012 presidential election cycle and for you peeps who wish to join me, here's the info to get the election party started. .

The Texas Republican Party not only worked hard to suppress mine and the votes of millions of non-white Texans, seniors, and Texas college students, they also pushed a 2012 party platform that has amongst its odious planks a call for the repeal of the 1965 Voting Rights Act. 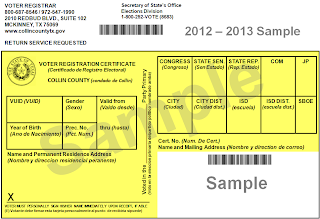 I know which party values my vote and stood up for my constitutional right to cast it and which one did everything possible (and is still actively working) to suppress it, and I'll be voting accordingly on that date.

Thanks to the efforts of US Attorney General Eric Holder, a long list of allies and Section V of the 1965 Voting Rights Act law you conservafools claim is no longer necessary (yeah, right) all I'll need when I show up to vote on October 22 at one of those Harris County early voting polling centers is my yellow Texas voter registration card.

So yes, I already know what is on my agenda on that date, and it ain't voting for Mitt Romney or anyone with an 'R' behind their name.
Posted by Monica Roberts at 7:00 AM