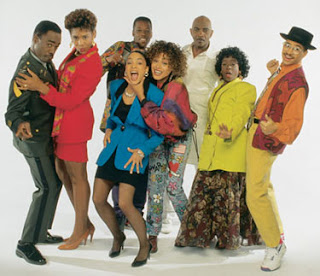 A Different World broadcast its first episode 25 years ago this month.  I have been griping for more than a few years on these TransGriot electronic pages about Carsey-Werner not releasing Seasons 2-6 of the show on DVD or even considering doing a reunion episode in light of the fact the anniversary of the September 24, 1987 airing of its first episode is rapidly approaching.

I not only compiled a trivia quiz for the show for last year's anniversary, I even wrote a May 7 post entitled 'Imagining A Different World 2K12' , imagined what that show would look like, and ended that post with this comment.

So will we see A Different World 2K12?    Probably only in our dreams.

Well, somebody must have sent that post to my Houston homegirl Debbie Allen, because there was a series of tweets starting on August 23 on her Twitter page stating she was interested in bringing back a rebooted A Different World back to television

If that's true, pinch me and make sure I'm wide awake.   Big Amen coming from me.

I love this show like many other people of my generation and would love to see Dwayne, Whitley, Freddie, Ron and the Hillman College gang blended in with some 21st century Hillman students as I demonstrated in the May 7 post I wrote. 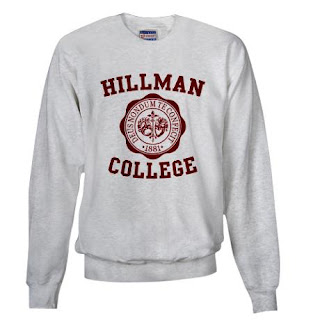 The successful reboot of Dallas shows it can be done.  Seeing how well it did ratings wise and how it mixed the old characters we were familiar with the new generation of Ewings and Barnes', I have no doubt that a remixed for the 2K10's A Different World would be just as successful.

Debbie Allen at the helm of it would ensure A Different World would be 'keeping it real' and it stayed as close to having that HBCU experience we all loved about the original show.

I say that because in the current TV landscape we are chock full of mindless fare and tawdry reality TV shows aimed at African American audiences.

We would love a smart, well written ensemble cast show with topical storylines like A Different World successfully pulled off from 1987-1993.

So Debbie and 'errbody' else in Hollywood, please make the A Different World reboot happen.  If you do, I'll happily write the 'I was wrong' post as I eagerly await the return of Hillman College to my television screen.   If you're looking for script writers for the new show, where do I put in my application for it?

And oh yeah, here are the answers to last year's A Different World trivia quiz.