Black Trans Brothers-What Can We Black Trans Women Do To Help You Own Your Power? 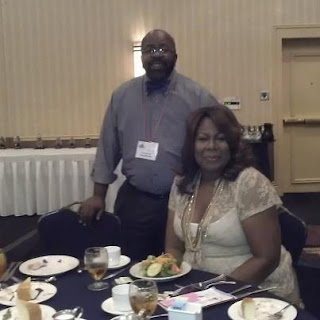 Ever since I transitioned, it's been necessary as a trans woman of African descent to paraphrase Barbara Jordan, to do more than just talk about the injustice and oppression we trans women of color have to constantly fight against and work to eradicate it..

I've had to along with other African descended transwomen step up to a leadership role in fighting anti-trans discrimination and oppression.  I'm proud and happy to see as our trans seniors begin the process of advising us.   I'm pleased to see our younger generation of trans women begin to step up to those leadership positions and be trans human rights warriors around the country as well.

But it's not just us.  We've had African descended transmen who have stepped up to the national leadership ranks such as the late Alexander John Goodrum, the late Marcelle Cook-Daniels, Kylar Broadus, Louis Mitchell, Imani Henry, Carter Brown and blaze some historic trails while doing so.

But even elements of the trans masculine ranks recognize they can and should do more to help us African- descended trans women equally shoulder the leadership burden in terms of uplifting the entire African descended trans community. 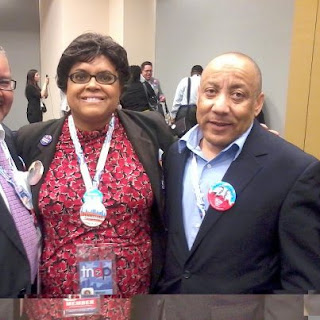 One of the things I'm looking forward to discussing while I'm at Out On The Hill next week is discussing what can we in the African descended trans feminine do to help our trans masculine brothers own their power.

While we know the brothers can, are quite capable of and we have no doubts will handle their business, we can help them avoid some of the pitfalls we Black transwomen encountered as we continue to seek to own our power and exercise it on the behalf of our community.

It would also be a good thing as African descended trans women if we get familiar with some of the issues unique to African-American transmen.

I'm ready and willing to open this electronic platform to my African descended trans brothers to signal boost what they are writing in their blogosphere and get that needed conversation jump started.

And of course, when it comes to the elements of the ongoing conversation that will fall into The Black Trans Revolution Will Not Be Televised territory, we'll have those discussion amongst ourselves.

So tell us Black trans men.  What can we do to help you own your power?   The sooner that conversation happens, the sooner the results of it will be mutually beneficial to all of us, the African-American community and all the other communities we African descended transpeople intersect and interact with.
Posted by Monica Roberts at 2:30 PM