FAMU, Robert Champion Didn't Cause His Own Death 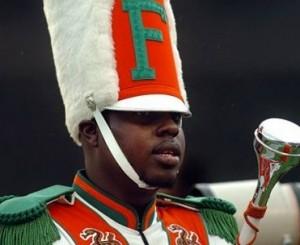 When they finally filed their 23 page motion in the ongoing court case involving the death of gay drum major Robert Champion, Jr. it failed to live up to the motto..

There was nothing excellent about the document they filed in Orange County court.  They definitely didn't care about the Champion family or how it made FAMU look to the world.

"Respectfully, as a 26 year old adult and leader in FAMU's band, Mr. Champion should have refused to participate in the planned hazing event and reported it to law enforcement or University administrators. Under these circumstances, Florida's taxpayers should not be held financially liable to Mr. Champion's Estate for the ultimate result of his own imprudent, avoidable and tragic decision and death."

FAMU, ever heard of  in loco parentis?   Did you really just try to weasel out of this legal mess you're in by blaming the victim for his own death?

"We cannot ignore the irony and audacity of an institution in blaming Robert for his death," Champion family attorney Christopher Chestnut said. "Blaming students for hazing allows the culture of hazing to become deadly." 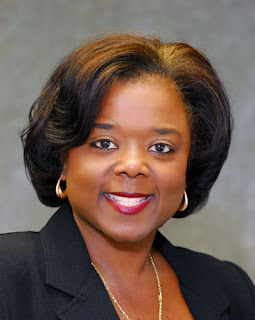 "I am extremely disappointed and disgusted by FAMU's lack of accountability in gay drum major Robert Champion, Jr.'s hazing death," says Sharon J. Lettman-Hicks, NBJC Executive Director and CEO. "Blaming the victim sends a dangerous and unacceptable message that institutions should get a pass for not proactively and effectively addressing the violent hazing culture."

The National Black Justice Coalition is working closely with the Department of Justice and the White House Initiative on Historically Black Colleges and Universities (HBCUs) to address violence on HBCU campuses and how LGBT students like Robert Champion, Jr. are targeted

But back to FAMU.. You were warned about the hazing culture in the 'Marching 100' band two decades ago by ousted band director Julian White and failed to take definitive action to eradicate it.

FAMU, you also had a duty and a moral obligation to do so.  Now as White predicted when he wrote in a letter urging help in eradicating that culture,"It would be very difficult for the university and the band should someone become killed or hurt."

Unfortunately someone has been killed.   FAMU's internationally famous band that once played at presidential inaugurations and Super Bowls is silent for the second consecutive season.  The university's reputation is taking a serious public relations beating and may be headed for a financial one as well.

And FAMU, that's a self inflicted wound you caused, not Robert Champion, Jr.