Texas trans kids and their parents head to our state capitol in Austin to put a face on the kids our Republican leaders want to demonize and discriminate against for their own political gain.

Gov. Greg Abbott, L. Governor Dan Patrick and our indicted Attorney General Ken Paxton are pushing another doomed to failure lawsuit against the federal government in response to the Obama Administration issuing guidelines on May 13 that the human rights of all trans students be respected.

Equality Texas today went to our state capitol with parents of trans children to talk about their lives and urge our GOP controlled government to cease and desist from the discriminatory anti-trans course they seem hellbent on engaging in when the legislature kicks off its 85th session in January. 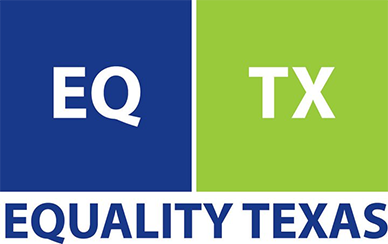 “It is the responsibility of all of us to educate ourselves so these false attacks can be exposed for what they are, a solution where there is no problem in order to perpetuate discrimination against LGBT Texans,” said Chuck Smith, CEO of Equality Texas.  “Lt Governor Patrick appeals to the worst chapters of our history, in which discrimination runs rampant and understanding and compassion are absent.  Transgender students, like transgender adults, don’t want to cause any problems.  They simply want to use the bathroom when the need arises.  The lt. governor’s proposal would cause Texas to put billions of dollars of federal school funding at risk and threaten the Texas economy.”


It's past time to also acknowledge this is not just about bathrooms, this is a human rights fight. This about the Texas Republican Party wanting to whip up hatred of transgender Texans to keep their political based riled up and voting for them.

This is also all about the Texas Republican Party despicably wanting to distract the media and their voters from examining the piss poor job of governance they have done while in control of the governor's mansion and the state legislature.
Posted by Monica Roberts at 12:00 PM