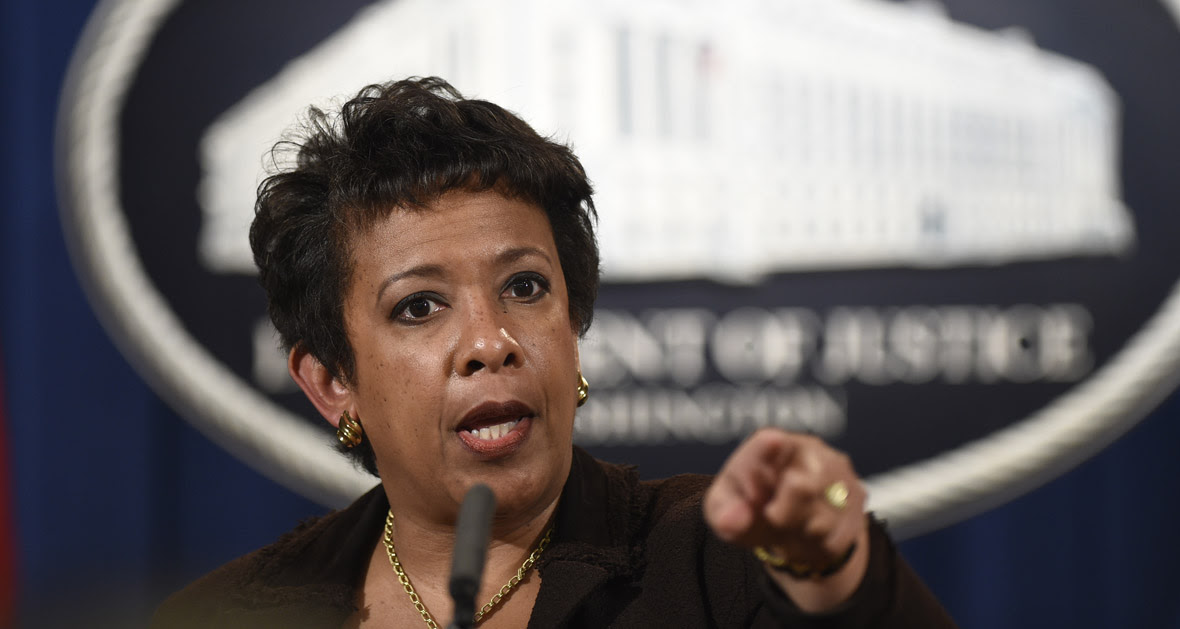 "Let me also speak directly to the transgender community itself.  Some of you have lived freely for decades.  Others of you are still wondering how you can possibly live the lives you were born to lead.  But no matter how isolated or scared you may feel today, the Department of Justice and the entire Obama Administration wants you to know that  we see you; we stand with you; and we will do everything we can to protect you going forward.  Please know that history is on your side.  This country was founded on a promise of equal rights for all, and we have always managed to move closer to that promise, little by little, one day at a time.  It may not be easy – but we’ll get there together. "
--US Attorney General Loretta Lynch, May 9, 2016

In response to North Carolina filing a federal lawsuit today to defend their unjust Hate Bill 2 and Gov. Wallace Pat McCrory's laughable claim they are being 'bullied' by the federal government, US Attorney General Loretta Lynch dropped the legal hammer on North Carolina by counter-suing them and emphatically making it clear that the DOJ and the Obama Administration stood with the transgender community in this human rights fight. it.

Here's the link to the full text of the original remarks as prepared for delivery and the video..


Good afternoon and thank you all for being here.  Today, I’m joined by [Vanita] Gupta, head of the Civil Rights Division at the Department of Justice.  We are here to announce a significant law enforcement action regarding North Carolina’s Public Facilities Privacy & Security Act, also known as House Bill 2.
The North Carolina General Assembly passed House Bill 2 in special session on March 23 of this year.  The bill sought to strike down an anti-discrimination provision in a recently-passed Charlotte, North Carolina, ordinance, as well as to require transgender people in public agencies to use the bathrooms consistent with their sex as noted at birth, rather than the bathrooms that fit their gender identity.  The bill was signed into law that same day.  In so doing, the legislature and the governor placed North Carolina in direct opposition to federal laws prohibiting discrimination on the basis of sex and gender identity.  More to the point, they created state-sponsored discrimination against transgender individuals, who simply seek to engage in the most private of functions in a place of safety and security – a right taken for granted by most of us.
Last week, our Civil Rights Division notified state officials that House Bill 2 violates federal civil rights laws.  We asked that they certify by the end of the day today that they would not comply with or implement House Bill 2’s restriction on restroom access.  An extension was requested by North Carolina and was under active consideration.  But instead of replying to our offer or providing a certification, this morning, the state of North Carolina and its governor chose to respond by suing the Department of Justice.  As a result of their decisions, we are now moving forward.
Today, we are filing a federal civil rights lawsuit against the state of North Carolina, Governor Pat McCrory, the North Carolina Department of Public Safety and the University of North Carolina.  We are seeking a court order declaring House Bill 2’s restroom restriction impermissibly discriminatory, as well as a statewide bar on its enforcement.  While the lawsuit currently seeks declaratory relief, I want to note that we retain the option of curtailing federal funding to the North Carolina Department of Public Safety and the University of North Carolina as this case proceeds.
This action is about a great deal more than just bathrooms.  This is about the dignity and respect we accord our fellow citizens and the laws that we, as a people and as a country, have enacted to protect them – indeed, to protect all of us.  And it’s about the founding ideals that have led this country – haltingly but inexorably – in the direction of fairness, inclusion and equality for all Americans. 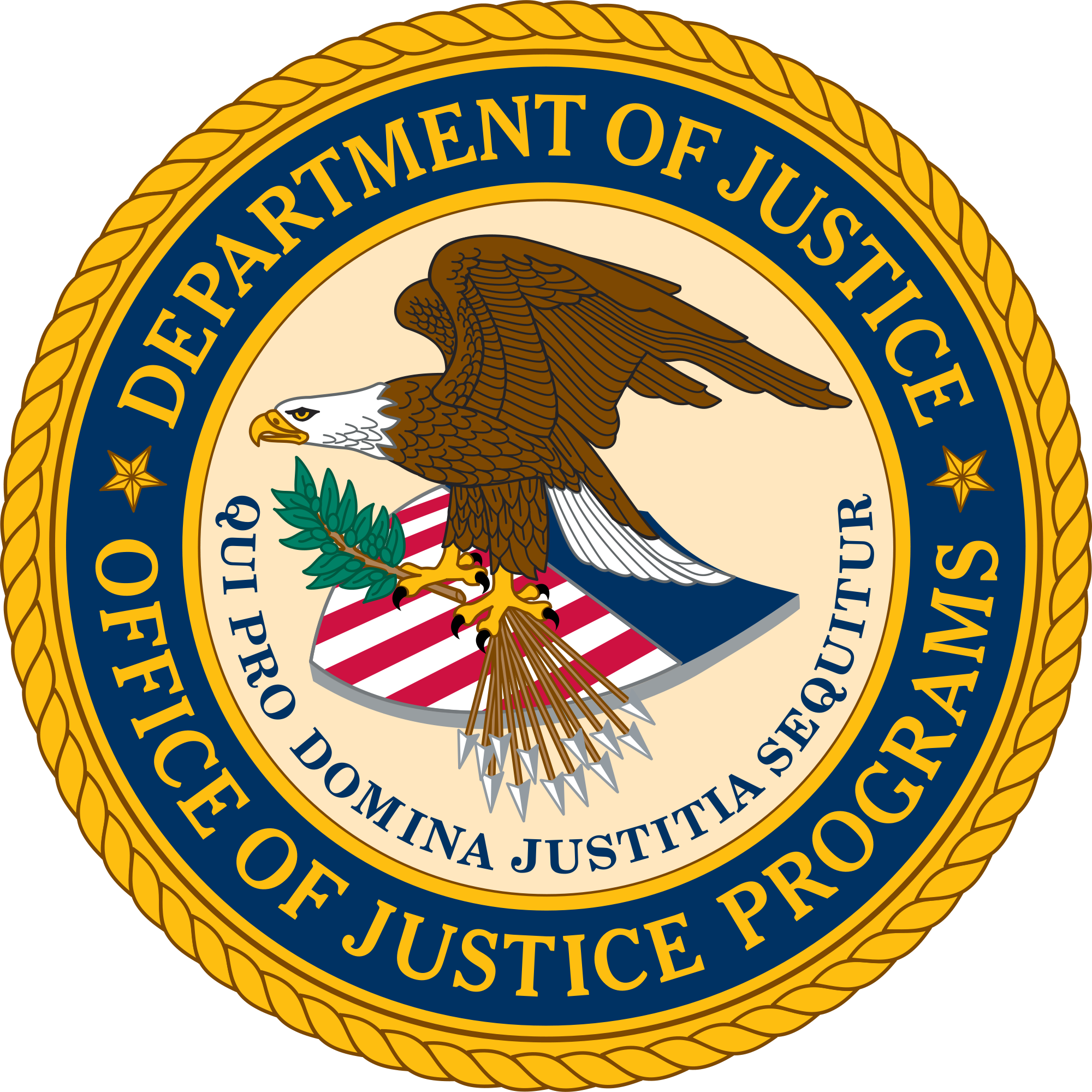 This is not the first time that we have seen discriminatory responses to historic moments of progress for our nation.  We saw it in the Jim Crow laws that followed the Emancipation Proclamation.  We saw it in fierce and widespread resistance to Brown v. Board of Education.  And we saw it in the proliferation of state bans on same-sex unions intended to stifle any hope that gay and lesbian Americans might one day be afforded the right to marry.  That right, of course, is now recognized as a guarantee embedded in our Constitution, and in the wake of that historic triumph, we have seen bill after bill in state after state taking aim at the LGBT community.  Some of these responses reflect a recognizably human fear of the unknown, and a discomfort with the uncertainty of change.  But this is not a time to act out of fear.  This is a time to summon our national virtues of inclusivity, diversity, compassion and open-mindedness.  What we must not do – what we must never do – is turn on our neighbors, our family members, our fellow Americans, for something they cannot control, and deny what makes them human.  This is why none of us can stand by when a state enters the business of legislating identity and insists that a person pretend to be something they are not, or invents a problem that doesn’t exist as a pretext for discrimination and harassment.
Let me speak now to the people of the great state, the beautiful state, my state of North Carolina.  You’ve been told that this law protects vulnerable populations from harm – but that just is not the case.  Instead, what this law does is inflict further indignity on a population that has already suffered far more than its fair share.  This law provides no benefit to society – all it does is harm innocent Americans.
Instead of turning away from our neighbors, our friends, our colleagues, let us instead learn from our history and avoid repeating the mistakes of our past.  Let us reflect on the obvious but often neglected lesson that state-sanctioned discrimination never looks good in hindsight.  It was not so very long ago that states, including North Carolina, had signs above restrooms, water fountains and on public accommodations keeping people out based upon a distinction without a difference.  We have moved beyond those dark days, but not without pain and suffering and an ongoing fight to keep moving forward.  Let us write a different story this time.  Let us not act out of fear and misunderstanding, but out of the values of inclusion, diversity and regard for all that make our country great.
Let me also speak directly to the transgender community itself.  Some of you have lived freely for decades.  Others of you are still wondering how you can possibly live the lives you were born to lead.  But no matter how isolated or scared you may feel today, the Department of Justice and the entire Obama Administration wants you to know that  we see you; we stand with you; and we will do everything we can to protect you going forward.  Please know that history is on your side.  This country was founded on a promise of equal rights for all, and we have always managed to move closer to that promise, little by little, one day at a time.  It may not be easy – but we’ll get there together.
I want to thank my colleagues in the Civil Rights Division who have devoted many hours to this case so far, and who will devote many more to seeing it through.  At this time, I’d like to turn things over to Vanita Gupta, whose determined leadership on this and so many other issues has been essential to the Justice Department’s work..
***
Thank you Attorney General Lynch, the DOJ and the Obama Administration, which has once again proven they are the undisputed champs when it comes to advocating for trans human rights.

This is more concrete evidence of elections mattering and who you vote for being more important than ideological purity.  Do you actually think we would have gotten this type of unequivocal defense of our humanity and human rights from a Romney or Trump administration AG?

Hell no.  It's why voting for the Democratic presidential nominee, whoever she is and Democratic candidates up and down the ballot will be critical to continued progress on trans human rights issues.