TransGriot Note:  The graduation photo is of Sharron Cooks, who is graduating from college later this month.  Thanks Sharron for allowing your photo to grace this post and congrats to you and all out 2016 trans grads for achieving a major life goal.

With the calendar page flipping to May, it also means that in addition to prom season, we will soon see the invites going out for high school and collegiate graduations around the country and hearing bands play Pomp and Circumstance as grads walk across the stage in their caps and gowns..

Many of the folks walking across those stages later this month to get their diplomas are members of our trans family.  Some are making the jump from middle school to high school.  Others are taking the next evolutionary educational step from high school to college, and others like Sharron and Monica Jones are in the collegiate ranks about to earn their bachelors, masters or other post graduate degrees. 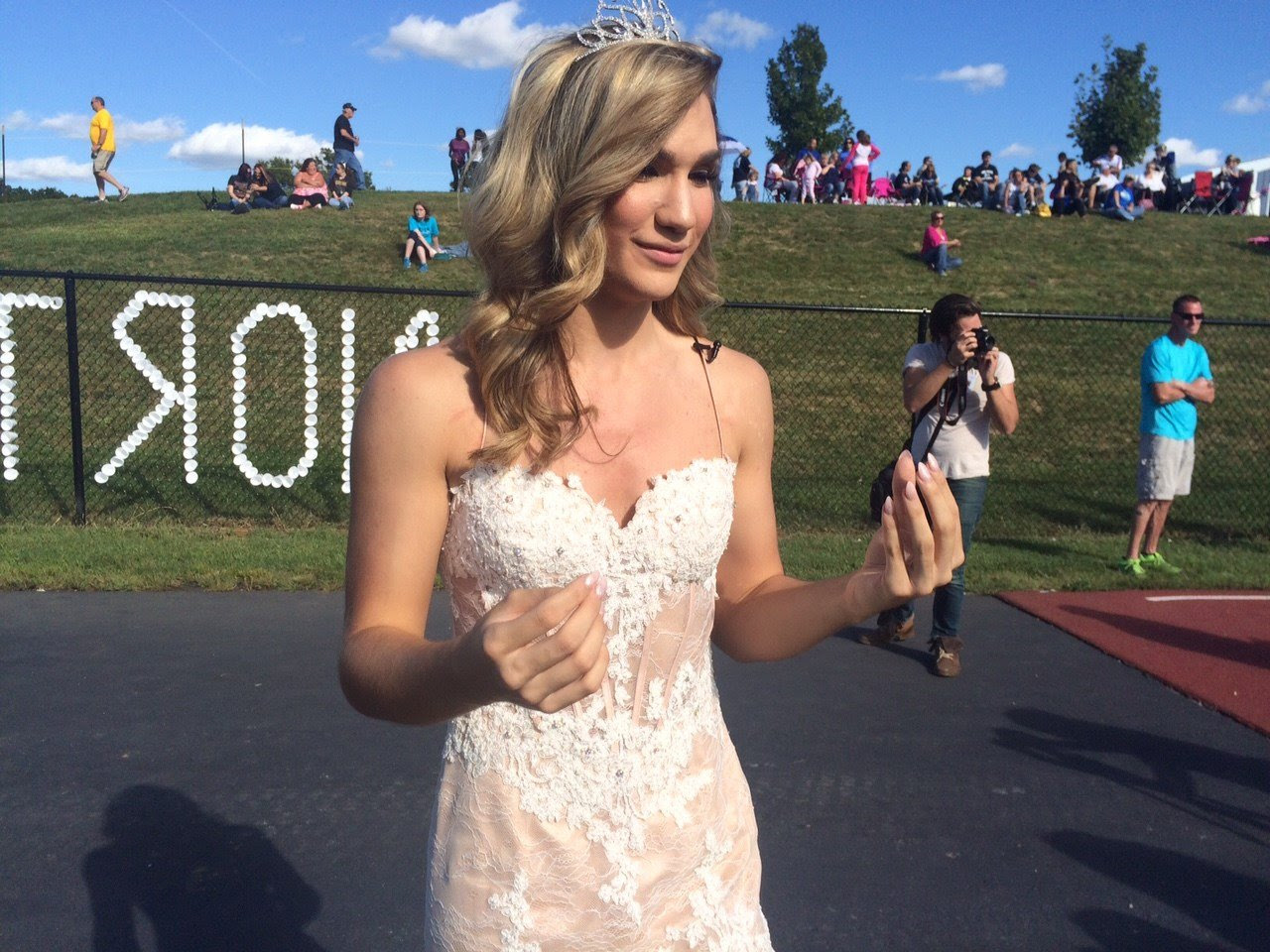 Some made history during their senior year like Landon Patterson, who became Missouri's first ever transfeminine homecoming queen, and Capri Culpepper, who won a 2014 lawsuit against the South Carolina DMV allowing her to take her femme drivers license picture.

She was a finalist for homecoming queen at her high school and Culpepper recently testified last month in opposition against South Carolina's anti-trans potty hate bill.

So proud of our trans younglings.  The trans kids are in many cases the ones successfully fighting the oppressors tooth and nail for their own trans liberation.

On the way to those graduation ceremonies celebrating their academic and other accomplishments, some of our trans family members endured drama inside and outside the classrooms in addition to hitting the books to get that knowledge. I also know of a few who dropped out of high school because they were fed up with the bullying, but decided to go back and finish what they started and get their GED's.

Congratulations to those of you who went that route and successfully passed the tests to do so.

It's not easy getting an education while trans, and our haters are trying to make it harder for you to do so. You deserve the utmost love and respect for making the investment in yourselves to do so.

The best revenge you can get on your tormentors is to if possible, live your life out and proud in the school setting while getting your education.  If that's not possible for you and your preference is the non disclosed route so that you can get your paper in peace, then handle your educational business.

Lambda Legal and the ACLU are standing by if you have haters trying to prevent you from expressing yourself at your prom, your graduation ceremony, or object to your same gender prom date.  The law is on your side, so call the local chapters of these orgs in enough time to help you out and defend your rights..

Congrats to you Trans Class of 2016 members .  Your trans family is immensely proud of you, and will be standing by to ensure that you get through this month with minimal drama.  .

ConGRADulations, Trans Class of 2016!
Posted by Monica Roberts at 2:00 AM