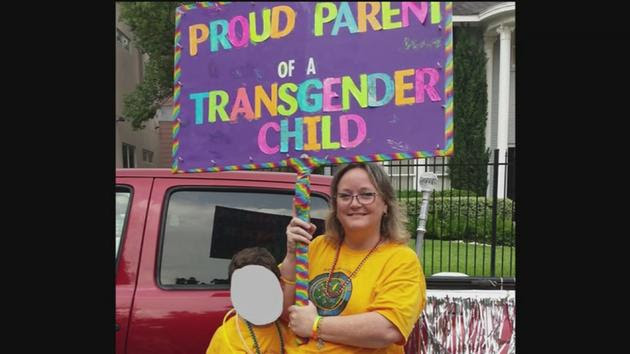 Sunday is Mother's Day, and it's on that day we celebrate to woman who brought us in this world, threatened to take us out of it if we were misbehaving, and played a major role in molding us into the human beings we  are today.   Some of us are still blessed to be able to pick up the phone and call or visit them, while others of us are left with photos and memories of the woman who loved and nurtured us.

Motherhood is not an easy job, and a special shoutout goes on this Mother's Day weekend to all the mothers who are raising trans kids.  It's not  easy to raise a child in the face of a world that is demonizing them and telling them every day they shouldn't exist, but they manage to not only do so, but raise a well adjusted child in the process.

Another TransGriot shoutout goes to all the trans women out there who are raising and have successfully raised kids.  Much love and props to you for doing so.

Happy Mother's day to all my TransGriot readers.   May you celebrate many more of them.

And now, let's move on from celebrating motherhood to calling out fools only their mothers could love.  It's time for this week's edition of the TransGriot Shut Up Foll Awards

Honorable mention number one is for all the BernBots still not #FeelingTheMath and holding on to the fantasy that Bernie Sanders will win the Democratic presidential nomination and spreading their Hillary hate all over the Net.

People, you're losing, nobody in the Democratic Party wants a DINO who HATES our party as its nominee.

Honorable mention number three is Missouri state Rep Tila Hubrecht (R) who stated that 'rape has a silver lining if it results in childbirth.'

Wonder if she'd feel the same way if she was the person who was sexually assaulted or a member of her family.

Honorable mention  number four  is indicted Texas AG Ken Paxton (R).  Despite having to deal with his own messes, he took time out of his busy schedule to write a letter to Target and engage in some trans bashing over their trans friendly policies.

Time to kick the TX Teapublicans out of office.

This week's SUF loser winner is a group award for the North Carolina Republicans.

They were sent a DOJ letter May 4 warning them they faced losing billions in federal funding if they didn't repeal HB 2 by Monday, and they are still doing their best George Wallace imitations.and laughingly claimed they needed time to study their options..

It only took y'all 12 hours to propose, pass and Gov. McCrory to sign Hate Bill 2, so spare us and the world the crocodile conservatears and bull feces..

We'll see how recalcitrant they'll be on Monday when they are looking at losing $861 million in school funding and $1.4 billion for the UNC system..