May The 4th Be With You On Star Wars Day!

In addition to noting some of the famous peeps who share my birthday like the late Audrey Hepburn, sportscaster Erin Andrews and Kimora Lee Simmons, my May 4 birthday has also become synonymous with Star Wars Day.

I'm a huge Star Wars fan and have been since i got to watch the original movie debut in 1977.   Many of the Star Wars trilogy movies also have in common they were released in the month of May. 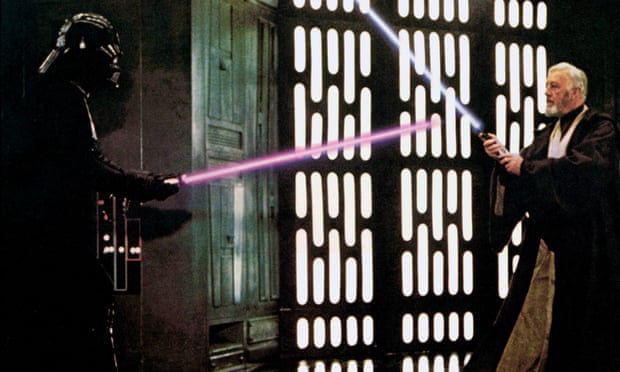 In fact, one of my activist nicknames is Darth Maul because of my love for the movies and my take no prisoners attitude towards our not so esteemed trans human rights opposition.  I also got the nickname because my activist mentor at the time was nicknamed Darth Vader.   The fact she likes to fence only cemented the nickname into our consciousness.

Personally I think it should have been Emperor Palpatine, but (cough, cough, hack wheeze...)

The unofficial day to celebrate all things Star Wars became May 4 because the date easily could be used to create a pun filled version of the movie's catchphrase 'May The Force be with you."., and the first organized celebration of it took place in Toronto in 2011.

Social media and the purchase of the Star wars franchise by Disney helped drive this fandom based day into a quasi official day celebrating everything Star Wars related, and now my birthday  is associated in the mids of Star Wars fans with the movie.
Posted by Monica Roberts at 3:00 PM