President Obama Dropping The Mic At The WH Correspondent's Dinner 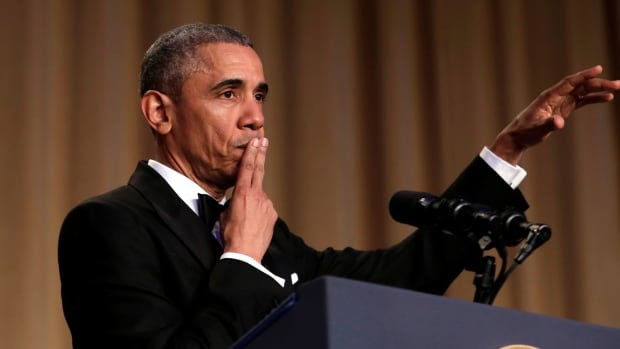 Last night before I headed downstairs from my room to the Black Diamond Ball, I took some time to check out the live broadcast of the White House Correspondent's Dinner because it will be the last time I'll get to see the coolest POTUS of my lifetime do so.

It was the last appearance of President Obama at the 'Nerd Prom' as the White House Correspondents Dinner is jokingly nicknamed, and it will be one we remember for a long time because he literally dropped to mic when he was done.

He did such a bang up job it was a tough follow up act for The Daily Show's Larry Wilmore.

Yeah, we're definitely going to miss this president when he hands over the office to his successor on January 20, whoever she is..