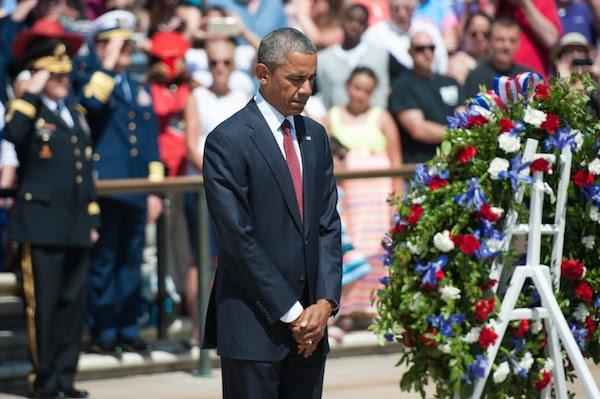 Memorial Day is the day we take time to remember the people who lost their lives either on battlefields around the world or after succumbing to wounds received on those battlefields while serving in our nation's armed forces.

The presidential proclamation has already been released for this year's Memorial Day observances, and the annual ceremony at the Tomb of the Unknown Soldier will take place at Arlington National Cemetery in a few hours.

It's interesting to note as we go into Memorial Day 2016 the increasing calls for open trans military service. We have a long proud history of trans people who have stepped up to serve our country, and I don't doubt that we had some gender variant peeps who joined our military service to quote unquote 'make men and women out of them' many have possibly perished before they had a chance to be their true selves.

I'll take another day to argue the merits of trans military service later.

Today we'll spend it remembering all our people who served in our military and paid the ultimate sacrifice for their country.