We Have A Black President And This Country Is STILL Racist 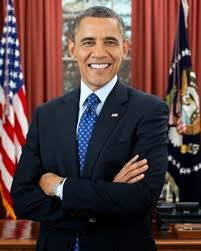 One of the things that has irritated me lately is when I get into conversations online is when some conservafool starts trying to deny that racism American style exists by deploying the 'We have a Black president' line followed by reciting the usual conservabullfeces and talking points.

The bottom line is this country is still racist, and no matter how much you wallowing in vanillacentric privileged 'proud conservatives' want to deny it, this country is as racist as ever, and I submit it's gotten worse since 2008.

Hell, you conservafools have demonstrated foaming at the mouth hatred of the POTUS and severe cases of Obama Derangement Syndrome since November 4, 2008, so it's disingenuous for you to try to hold him up as your justification in your minds that racism doesn't exist.

The bigot eruptions from Cliven Bundy and Donald Sterling blow that lie up along with the ranting of Limbaugh and all of your hive mind radio and FOX Noise commentators.

I haven't even addressed the dog whistle racist comments of  Rep. Paul Ryan and his fellow Teapublicans who continue to execute Southern Strategy 2.0 and foment racial animus in white conservative ranks for political gain.

Race matters.  Racism exists in the United States, it is systemic and as Justice Sonia Sotomayor so eloquently stated in her recent blistering dissent in the Schuette vs Bahm Michigan affirmative action case:

"In my colleagues' view, examining the racial impact of legislation only perpetuates racial discrimination,” Sotomayor said. “This refusal to accept the stark reality that race matters is regrettable. As members of the judiciary tasked with intervening to carry out the guarantee of equal protection, we ought not sit back and wish away, rather than confront, the racial inequality that exists in our society."

“The way to stop discrimination on the basis of race is to speak openly and candidly on the subject of race, and to apply the Constitution with eyes open to the unfortunate effects of centuries of racial discrimination,”

And until the out of touch and willfully clueless in this country grasps the point that Justice Sotomayor made, and get serious about tacking the systemic racism in this country beyond cosmetic measures, these problems will continue.
Posted by Monica Roberts at 12:00 AM