Time For Some Truth In This Houston Trans Narrative

One of the things that has pissed me and the Houston trans community off in this battle to pass the HERO is the opponents nonstop reliance on demonizing the trans community as their primary method for trying to defeat the much needed human rights ordinance.

And I'm tired of bald faced lies dominating this human rights discussion about our trans lives instead of logic and reason.  The thing that has most disheartened and upset Black trans Houstonians is the people squawking the loudest about it are ministers who share our ethnic heritage.

It's time for some truth in this Houston trans narrative.

Bottom line is that at least 1%-3% of the 2.2 million people in the Houston area are gender variant folks on one level or another.   It's not a myth we are facing anti-trans violence and employment discrimination. 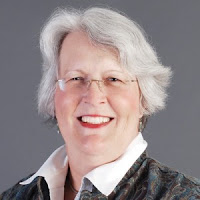 And the one I really have been incensed about when I hear it is the ignorant attempt by the hate ministers to pimp the lie we don't as LGBT people face discrimination, because our Black skin ensures that we Black LGBT people most certainly do.

Trans people have been here in the Houston metro area probably as long as this city has existed.  It's interesting to note the anti-crossdressing ordinance that was repealed in 1980 was enacted in 1904.

We have a proud history.  The ICTLEP conferences from 1992-1997 that set the stage for the modern trans rights movement took place here in Houston   Wilmer 'Little Axe' Broadnax was a transman and renowned gospel singer during the 40's-70's who was born here.   I'd need another post to talk about the accomplishments of Judge Phyllis Frye, the Godmother of the Trans Rights Movement.

We have a history of producing human rights warriors.   From Toni Mayes who in 1975 sued HPD to get them to stop harassing her to the late Kathryn McGuire, Dee McKellar and Brenda Thomas who played major roles in shaping trans Houston history along with Sarah DePalma.

Jenifer Rene Pool will hopefully finish what Kathryn McGuire started and sit on City Council.  A certain award winning Houston based blogger continues to blaze trails, tell our stories and fight for the increased visibility and empowerment of trans people of color.

Cristan Williams continues to do her thing and pick up where Brenda Thomas left off in fighting the spread of HIV in our community.  And we have some new school emerging leaders in Lou Weaver, Tye West, Dee Dee Watters, Dr. Colt Keo-Meier and Amelia Miller just to name a few.

We transpeople have much to contribute to make a Houston better than its promise.

Transpeople are all around you.  We're the transmasculine and transfeminine people toiling hard at our various jobs when we have them.   We're studying at our local colleges and universities.   We're your hair stylists, blue and white collar workers, makeup artists, teachers, accountants, doctors, lawyers, office workers and entrepreneurs.  We're your artists, writers and musicians.  We're your leaders and worker bees in various organizations that strive to make life better for all who call Houston home.

We're the hell raisers standing up for the human rights of all the people and communities we intersect and interact with.   And we are voters who can not only determine the outcome of an election, but as Mayor Parker discovered will bust our butts to help you get elected.

We are your brothers, sisters, aunts, uncles, cousins, nieces, nephews, parents, church congregants and neighbors to other cisgender Houstonians.  We're your homeboys and sistahgirls   We're interesting, diverse, and pretty cool people once you get to know us.   And if you're loyal to us, we'll be loyal to you.

I repeat: Houston trans people are part of the 2.2 million folks who call our city home.  Not having our human rights protected is causing many people in our community to trade one stifling closet for another one of anonymity.

Anti-trans hate sermons like the one Pastor Ed Young unleashed on Sunday along with the Riggle hate rally are why many of us choose to non-disclose along with the lack of human rights protections.

Trans people would like to play an even larger role in helping our city grow and prosper, but for that to happen, the hate speech, lies and falsehoods against us must end.  The passage of the Houston Equal Rights Ordinance with gender identity language must happen so that we can reach our full potential.

We have to win this HERO fight because it's not just for us.  It's for all those transkids from preschool to the collegiate ranks who are counting on us to handle our human rights business.   We need to win this HERO fight so all those present and future Houston trans kids will have to focus on is dreaming their dreams as big as the Lone Star State and working hard to make them a reality.

All we want as trans Houstonians is to be treated with dignity and respect, have our humanity acknowledged and have the same human rights coverage you take for granted.