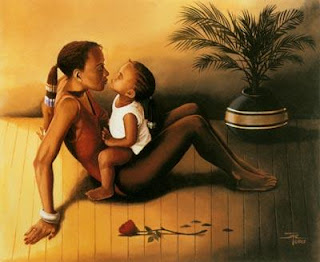 A part of being intrinsically human is our imperative to evolve. To become better, stronger, faster, smarter and healthier.

Transpeople are no different. We just think about an element of it that most people don't, gender identity.

One of the subjects I spend a lot of time thinking about now that I'm on the other side of the gender fence is my continuing evolution towards being the best woman and the best person I can be, despite spending twenty plus years in a male body.

Whether women want to acknowledge it or not, like their transsisters, all girls do not come into the world from birth knowing everything there is to know about femininity and womanhood. The only advantages you have over transwomen is that you possess the body-brain gender map match at birth, you have a head start in learning it, were encouraged by your families and society to do so and have time in your teen years to make your mistakes as you grow into your gender role.

It's been often said that there's nothing harder than being a Black man or a Black woman. I'd like to introduce you to the Monica Roberts remix of that comment.

There's nothing harder than being a Black man or a Black woman in a mismatched body. 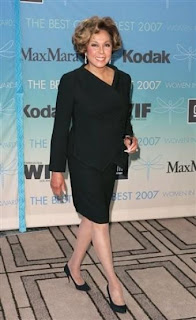 But it was the hand I was dealt, and all I can do now that I'm finally on the evolutionary path to womanhoood is deal with and move on. But how do you do that?

First order of business is to decide what is the image of Black womanhood that you want to personally project to the world? Once you get that part figured out, then you take the time to observe the fine examples of Black womanhood around you.

One thing we transwomen share with you is that we also get to watch and (hopefully) learn from the mistakes the biowomen and transwomen surrounding us made. You pick and choose the qualities you like that's close to the target feminine image in your mind in terms of fashion tips, style, traits and personality. You toss out the stuff you don't like or doesn't work for you as you evolve to match on the outside the unique person that's on the inside.

I had wonderful role models and examples in terms of my mother, aunts, my sisters various cousins and friends. I had other women I came in contact with from school, my church, work, and just being out and about in the world that had admirable qualities as well. 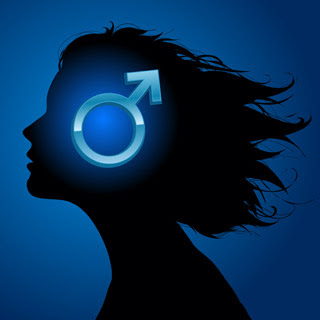 The other ingredient that's part of an evolution into Black womanhood is pride. Pride in yourself and pride in our people. The pride in yourself is sometimes hard to come by as a transwoman because of the daily slings and arrows you suffer from society as you transition. There are the shame and guilt issues we're plagued with from time to time that we all have to work through no matter how long we've been transitioning in addition to all the traditional issues Black women in society grapple with.

But having that pride translates into making sure that you not only look good, but your behavior is on point and you carry yourself with class and dignity. Once you do that, then the inner beauty begins to shine through and you begin to feel more comfortable and at ease with yourself. 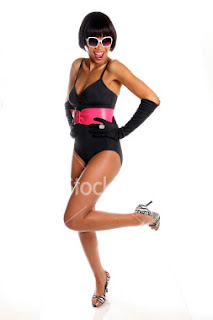 You also have to be on guard as a transwoman into not having your evolving Black womanhood based solely on your body. You also have to be on guard against believing the negative hype and feeling that the only thing that values you is how many 'husbands' you have showering you with attention, how many you sleep with, or your femininty is tied up in how big your butt or breasts are.

Beauty fades over time, and that tight body you had in your twenties and thirties will eventually fall victim to gravity and a slowing metabolism. You should be developing your mind in conjunction with your body development.

The body is also the easy part of the transition as well. But as the initial awkward phase of a body transition fades and you have staring back at you the face and body of a chocolate (or all the other shades from vanilla creme to dark ebony) Nubian goddess standing before you, it's hard not to be proud of that and proud of the many accomplishments of our people despite tremendous odds.

That brings me to another ingredient in the evolutionary path, knowing our history. You have to look at the fact that we are descended from people that survived the Middle Passage. A gender transition is nothing compared to what Black women endured during slavery, emancipation and still endure even today, but still found ways to uplift our race, this country and themselves. Once you put a gender transition in that context, it makes me feel sometimes that I have to step up my game and be on point just to be worthy of Black womanhood. 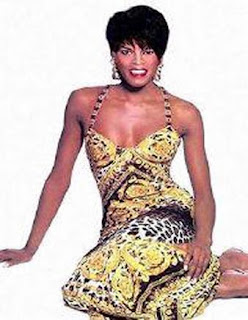 My being the Phenomenal Transwoman also stands on the shoulders and the work of the people that proceeded me. From Avon Wilson, the first African-American transwoman to go through the now shuttered Johns Hopkins gender program in the mid 60's, the kids at Dewey's Lunch Counter and the sisters at Stonewall standing up for their rights, to Justina Williams, the late Roberta Angela Dee and all those transwomen who either lived their lives not letting anyone know their secret or who were out and proud before it was cool to be out and proud..

Don't let biowomen make you feel less than female because you can't bear children. There are more than a few biowomen who are in the non childbearing boat with their transsisters, and I don't see any mad rush to call them 'men' because of it.

The final ingredient is spirituality. Faith in God, or whatever you call the higher power that's greater than yourself. Nurturing a faith that will sustain you through the rough times and allow you to appreciate the blessings. And while I complain about it at times, being transgender is one of those blessings.

I and many of my sisters take our evolution into Black womanhood that seriously. But unfortunately there are others who aren't that conscious of what they're stepping up to when they swallow their first hormones or took their first shot to jump start the transition, or have a Toni Childsesque attitude toward it.

I and many of my transsisters aren't wanting to be seen as a detriment to Black womanhood. We wish to be seen as a compliment to it as we follow our evolutionary destinies and make body and feminine gender mapped minds mesh together.

thank you so much for your wise and inspiring words Monica. I am a long time reader of your blog, and your wisdom and insight on all things not only relevant to a transwoman of color but a person of color period always help me keep faith and my mind on a steady track when I feel my doubts and weariness. I have long struggled with my identity and transitioning into my true shelf (rather it be on a full time basis or not) but you are such a role model and inspiration I feel I can gain the confidence and faith needed to finally be true to myself, thank you again Monica for being a voice of reason and enlightment for all of us, God bless!

Lola,
Thank you for taking the time out of your busy day to read my musings on these issues. It's nice to know it's appreciated by my transsisters.

I also hope that these words are resonating with my biosisters as to just how serious many of us transwomen are about being as Sharon Davis called it, 'finer specimens of womanhood'

I just wish when I was your age I'd had people that would have been willing or able to kick out this kind of knowledge to me when I was struggling to understand and deal with this issue.

Thank you for this post! The message is just too important not to be shared with those who visit my blog!

I will link to it in the post that I wrote this weekend, "The Transgender Sista Among Us".

Of course, readers were flipping out that a clergywoman was writing about transgenders...oh how folks love to toss shade our way based on what they think all clergywomen are like...

Just one detail...it's transgender, no plural

I posted a comment on your transgender thread as well and corrected some misinformation.