Jesse Sr., What Were You Thinking? 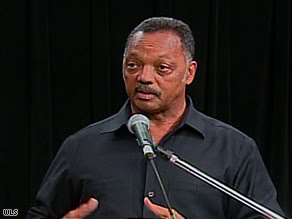 I have much love and respect for Rev. Jesse Jackson, Sr. I was an alternate Jackson delegate for my precinct during his 1984 run for president. I have defended him in countless Internet debates, arguments and dust ups over the last two decades with people inside and outside the African-American community. I even wrote a post slamming his and Rev. Al Sharpton's critics.

I've heard rumors coming from Chicagoland that there was a little animosity Rev. Jesse Sr. was harboring for Sen. Barack Obama not only because of his meteoric rise in Chicago politics and quick ascension on the national stage, but he's accomplishing what Jackson couldn't do in two attempts in 1984 and 1988.

Rev. Jackson denied that, and although he has endorsed Sen Obama, the rumors persist. On CNN's American Morning Wednesday he stated, referring to the modern civil rights struggle, "That's kind of ridiculous. He's running the last lap of a 54-year marathon. He is running that race. I am a part of that race."

Yeah, but your derogatory remarks on Faux News make any positive comments you make about Sen Obama seem hollow and poured gasoline on the fire that you have hateraid for Obama. 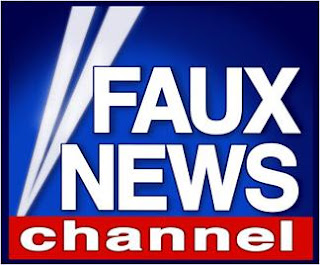 Speaking of those remarks, what in Hades prompted you to not only go on FOX, which has much hateraid for you personally, but whisper those remarks while in the confines of their studio?

You had to be cognizant of the fact that you were in enemy territory. This is a network which since its start up strives to show African-Americans in a negative light. These conservapeeps would be looking for anything to use to attack either you personally or Barack Obama. If you didn't consider that possibility, then you sadly underestimated the depth of their dislike for you and the lengths they will go to accomplish both missions.

You just gave your conservahaters a two-for-one deal on that, and put your own son in the embarrassing position as the co-chair of the Obama presidential campaign of having to publicly criticize his own father.

Rev. Jesse, stop drinking the jealously green flavor Hateraid. I know you wanted to have your name go down in the history books as our first African-American president or become a US senator. There are others who will accomplish that goal. Your son, Jesse Jackson, Jr. may be one of those people. He is a multi-term US representative ably representing his Chicago area district and has a bright future in Democratic party politics.

I thank you for all the work you've done for our community and being our sword and shield when we needed it, but it's time for you to step back and look at the big picture. Get with the reality that Barack Obama may be on the verge of accomplishing what our people have dreamed about for generations.

And stay away from the Faux News studios while you're at it.
Posted by Monica Roberts at 2:37 PM

So There! Good response, Monica.
I understand what Rev. Jackson was saying but it is something he should have discussed with the young brother who will soon be our president.
I at first thought Rev. said "he's gonna get his *##@ cut off." But he said "I wanna cut off his......" That does indeed sound like hateraide, the green flavor.
Jackson also sounded like such a gossip whispering and planting a hateraide seed into another black man. Ridiculous activity from an elder statesman who should know better. I love Jesse Jackson and always will. He is human and flawed and we are all growing from this unique experience of Obama.
Congrats to Obama who graciously accepted Rev. Jackson's apology without firing back to a man on who's shoulders he knows he stands squarely on.

Yeah Jackie,
Obama definitely exhibited his classy side in this regard.