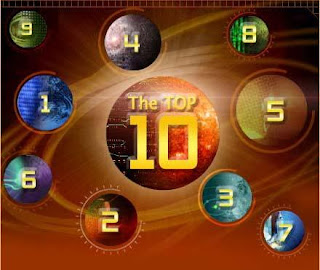 Well, TransGriot readers, we're about to find out how close I am to the goal that I set for this blog last month of cracking not only the BBR Top 100 blogs, but hitting the magic 100 Technorati authority ranking.

As you regular readers may have noticed, I've reached one goal I set last month with my Technorati ranking. It's been fluctuating between 100 and 102 this week.

But to refresh y'all memory banks, this is what I wrote about last month's ranking:

But to be honest, out of over 1000 Black blogs, TransGriot is ranked 133. It's something I really shouldn't be disappointed about. But I have set a goal of cracking the Black Blog Rankings Top 100 before the year is out.

All I can do to improve on my 133 BBR ranking for June is to just keep writing insightful, interesting commentary so you peeps will not only read it, but link to it as well.

So where is TransGriot this month?

I'll let y'all surf over to the Village to find out who the new Number One African-American blog is. It wasn't a surprise to me. I felt it was inevitably gonna happen for her.

TransGriot jumped up eleven spots and now has a BBR of 122. My Technorati ranking at the time the rankings were compiled was 96.

So I've resumed upward progress, but there are 22 spots between me and my goal of cracking the Top 100 blogs before the end of the year. I do have to set a new Technorati Ranking goal since it looks like I may have achieved the original short term one I set. I want my Technorati ranking to be at 150 by my TransGriot anniversary date of January 1 in addition to cracking the BBR Top 100 Blogs.

I do have some long term goals as well. I want to earn some blog awards. I'd like TransGriot to be part of the Afrospear, and have applied for membership in it. I'll eventually have to consider when the traffic warrants it moving it to my own server. But as I stated last month and blockquoted in this post, the only way I do that is keep writing commentary you peeps not only enjoy, but will link to as well.

Thanks to Rod McCullum (Rod 2.0 beta) for the private e-mail. It's nice to know one of your blogging role models not only reads your blog, but takes the time out of their busy schedules to tell you. That e-mail made my day. I'll never forget the assist two other blogging role models Pam Spaulding and Jasmyne Cannick gave me two years ago when I was starting TransGriot. They positively responded to my humble e-mailed requests for permission to link to their popular blogs.

Thanks also to Kid from Pirate Satellite , Minister L. Vazquez and my TransGriot regulars old and new who have left various comments about how much they like TransGriot.

Ms. Deux, hope everything is okay with you and your family. I and everyone else in the Afro-American blogosphere continue to pray for you and your sister. We all look forward to the day that you're ready to come back from your blogging hiatus and grace us with your presence on Mes Deux Cents.

I also found it amusing that the Human Rights Campaign, who I've never been a fan of for various reasons, took the time to quote me on their HRC Back Story blog. That quote is from a post I wrote for TransGriot and The Bilerico Project (where I'm a contributing writer) slamming last week's melanin-free congressional transgender discrimination hearing.

And Villager, thank you for everything you do to uplift Black bloggers and along with the AfroSpear, keep us focused on the never ending mission of uplifting our people not only here, but across the Diaspora. For our allies who read our blogs in order to better understand their fellow African descended people, much love to you too.

So time for me to get busy writing that insightful commentary. I'm also looking forward to finally meeting some of you peeps in the flesh at the Blogging While Brown Conference in the ATL later this month.
Posted by Monica Roberts at 2:01 PM

Monica -- Truly a remarkable post. I'm very glad to see that you are using metrics to establish tangible goals for the growth of your blog. I'm certain that you will achieve your goals!

I look forward to meeting you in Atlanta later this month at the BWB confernce. I guess I'll need to break down and buy one of them new-fangled digital cameras (sigh)...

Hey Villager, they do have disposable digital ones as well ;)

See ya in the ATL

You got links from our blog as well. Pretty impressive the results that your blog gets it the statistics. But who can be suprised? You´ve been doin a good job for a long time. So one more authority from our blog. Not black but asian - but it counts, too.

Nongduu,
Welcome and thanks. As you may have noticed I've done a few stories about transgender issues in Asia, the Pacific islands and the Indian subcontinent.