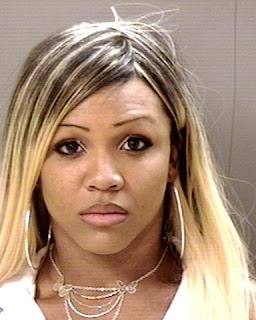 Transgriot Note: Add another transsistah to the list of people we'll be honoring this November, and this one happened in Memphis. Since some media peeps refuse to crack open the AP Stylebook and read the rules for reporting on transpeople, I guess I'll have to do it my damned self in order to honor the memory of my fallen transsistah.

Memphis Police found the body of a transwoman near a daycare facilty.

According to investigators, the body of 20 year-old R. (Rodney) Whitaker was found around 7:15 a.m., Tuesday, July 1, 2008, in the 3200 block of Whitebrook Plaza. Police say Whitaker was lying in the grass with a gunshot wound.

Detectives say Whitaker was naked when she was found and she may have been seen walking in the area of Lamar and Old Getwell around 4:00 a.m. on Tuesday.

Investigators are asking anyone with information that could help detectives solve this case to call Crime Stoppers at (901) 528-CASH or the Homicide Bureau at (901) 545-5300.
Posted by Monica Roberts at 7:05 PM