TransGriot note: Rev. Louis Coleman passed away on July 4. He was as Betty Baye's column mentioned, a first responder to injustice here in Da Ville and across the state.

He's also a polarizing figure here as well. One day I overheard a white co-worker of mine when I worked at Macy's griping about him and a recent LG&E price hike in the breakroom. I pointed out that if it hadn't been for Rev. Coleman protesting it and chewing on them in the media the price hike would have been even higher.

I and more than a few people in GLBT Louisville were pissed at him for two months (some are still pissed) because he sided with the bigots during the bruising JCPS policy fight a few months ago. He will be missed.

I took for granted that the Rev. Louis Coleman would always be around Kentucky, speaking truth to power as he saw it.

But the long July 4 holiday was rudely interrupted while I was out to dinner with friends. News arrived that Louis had died.

My immediate thought was that now Louis can lay down the cross that he carried for so many and let somebody take care of him.

Louis Coleman befriended me when I was a reporter back in the mid-'80s. He kicked open doors in this city and this state through which a lot a people waltzed, including some who, once seated at tables of power, denied Coleman just as Judas denied the Jesus that Louis served so faithfully for 64 years.

We've all probably heard Louis' critics; they said that his tactics were unorthodox and that he wasn't always careful about marshalling all the facts before lacing up his marching shoes and grabbing his bullhorn and picket signs.

Fact is that Louis Coleman was just too "grassroots" for some people. 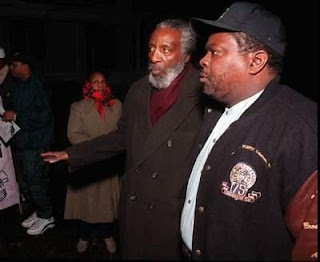 He wasn't an oratorical wonder like Frederick Douglass, Mary McCloud Bethune, Malcolm X or Martin Luther King Jr. He wasn't erudite like W.E.B. DuBois. And when he mounted the pulpit of the First Congregational Church, where he was pastor for many years, he wasn't a poetic preacher like the Rev. Jesse Jackson. Louis wasn't a natty dresser like Minister Louis Farrakhan, and he couldn't turn a phrase on paper like James Baldwin or his old friend, the late Anne Braden.

No, Louis Coleman was just Louis.

He wasn't a duplicate of anyone. He had his own style, and if you know anything about the civil rights movement, and human rights struggles in general, you know that it takes all kinds.

King, for example, self-identified as a drum major for justice. When I think of Louis Coleman, I imagine a foot soldier, bringing up the rear, as someone more comfortable in a T-shirt and jeans and in the trenches rather than in board rooms -- though Louis slipped in and out of more board rooms than some might imagine.

I'll always remember Louis as a first responder to injustice; he was an accessible leader. 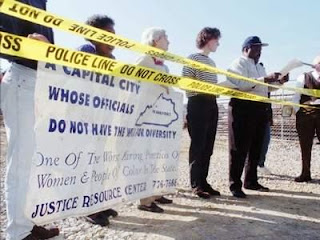 Louis was hard-headed, too. He didn't readily take to the advice of those who urged him to take better care of himself or to slow down. For example, he called himself retired once, but that that didn't last long. Louis ran himself ragged holding press conferences about one issue or another, leading daily vigils outside crack houses and picketing City Hall, police headquarters and job sites, where he didn't believe that minorities were getting their fair share of the work or the contracts.

Not everybody was always happy to see Louis Coleman coming.

But those unhappy folks weren't the poor kids who lined up for the school-supplies giveaway that Louis held every year. Those unhappy with him weren't the people who applauded Louis' efforts to cut down on the violence by buying back guns off the streets.

And contrary to many of his detractors, who obviously had no personal contact, Louis was no racist. He didn't discriminate among his friends or those who sought his aid.

Though Louis did generate a lot of press over the last 30 or so years, he did some of his best work behind the scenes, and he never seemed to mind, as some close to him clearly did, when he wasn't given credit for the work that he had done. And it also didn't seem to matter to Louis that when the money that came as result of something that Louis first agitated for, it didn't flow into the coffers of the Justice Resource Center, but instead went to more mainstream groups.

It's not that Louis Coleman never got angry or didn't have an ego; we all do. But what I and many others who knew this kind, wonderful human being will cherish as his legacy is that Louis was more about getting the job done than simply being famous or being loved.

Louis Coleman was one of God's originals, and I'm going to miss his face around this place. I'll miss, too, those phone calls when I'd pick up and hear his raspy voice on the end of the line saying ever so respectfully, "Sister Betty, I've written something. Do you think you can get it in The Courier?"

Louis Coleman was the conscience of Louisville, dating back to my high school years. I admit I have disagreed with some of his crusades, and was livid with him during the JCPS school fight of late 2007. However, he will be sorely missed. I expect the next time someone is murdered unjustly and the police ignore the case, or a local company screws people royally, we'll all be looking around for another Louis Coleman.....and he won't be around.

He's already being missed. When I pulled up at the drive trough window at Chicken King on Broadway yesterday, the electronic sign in front of the store had a message prayig for him and his family.

I didn't always agree with him either, but I was glad he was on our side the majority of the time.