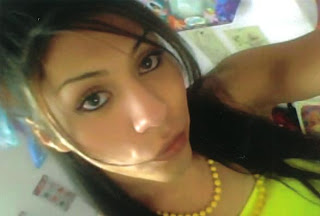 TransGriot Note: I'm happy to see that Angie's finally getting the respectful coverage that she deserved.

It's bad enough her life was tragically cut short. But she didn't deserve to be disrespected on top of that in print by using a birth gender role and a birth name that's widely at variance with the way she lived her life up until she was taken away from us. I pray that the people who did this are found and eventually brought to justice.

Thanks to everyone who called, wrote and complained to the Greeley Tribune to ensure this article became a reality.

Senior pastor Joe Sanchez solemnly stepped up to the front of the congregation, greeted those in attendance, and with a strong and commanding voice, offered his deep condolences.

Yet, with words of encouragement and of hope, nearly 200 friends and family of Angie Zapata wept in silence, smiled in memory and cried in remorse Wednesday night as they remembered the lively 18-year-old at the aptly-named Healing Place, 17801 E. 160th Ave. in Brighton.

"Death is always an interruption," said Sanchez, concerning a passage in the Bible, before speaking in Spanish as he did often during the service. "It never comes at a convenient time, and I believe that we know it is inevitable -- just not now, just not now Lord, I have so much to do. I have so much to say. I have so many relationships" to enrich. 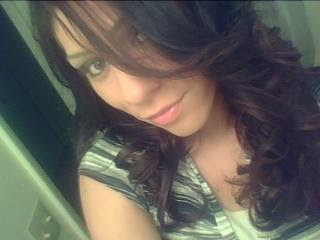 Instead of focusing on the tragedy that took Zapata from their lives, those in attendance decided to remember her simple and unique qualities.

The way she would spoil her niece and nephew, even quitting a job to take care of them, as two friends reminisced during the service. The way she loved roses, the colors red and black, and way she always made sure her makeup was good -- even simply when taking a trip to Wal-Mart.

Perhaps, most of all, however, was the way she never backed down from who she was, instead saving the energy to care for her friends and family.

"She was always happy," said Alicia Portillo, one of Angie's friends. "She loved music. She didn't care what people thought of her. She always just wanted to be who she was and that was female and to be loved."

Portillo even said Zapata's courage helped her with her own identity as a lesbian.

"Angie gave me the power to not care what people thought of me."

Zapata was born male, but identified herself as a woman, and lived her life as such. Zapata was found dead on July 17 in her apartment on the 2000 block of 4th Street in Greeley, and her car -- a green 2003 Chrysler PT Cruiser, with the Colorado license plate number of 441ORN -- is still missing. Police have not said yet if her identity played a part in the homicide.

Kelly Costello, of the Colorado Anti-Violence Program, said the group thought it might be a hate crime, and that such incidences usually do not end with one act of violence. In 2007, he said, there were 19 deaths nationwide that were linked to either homophobic or transphobic violence.

"We often find that hate crimes have a ripple effect they effect every one that identifies in that community," said Costello. "So it's no longer about the individual, but there's an increased vulnerability and fear among the community."

After Zapata's body was carried from the church, Sanchez talked with friends and family, and recalled a message he tried shared with the family before the service.

"Give them hope," said Sanchez, who continuously remarked how happy he was Zapata began attending the church a month before her death. "And give them a desire to go on and to know that this isn't good-bye, but this is see you in the morning. It's not an end, it's not an end. It's a message of hope for eternity."
Posted by Monica Roberts at 1:48 PM

I was at the memorial service in Brighton, Colorado Wednesday evening, and I'll never forget Angie's Mother's crying, and asking over and over "Why? Why? Why?"

While we may never know the answer to this tragic loss of life, each of us must work to put an end to violence against our community.

It simply has to end.

This is so sad. I'm glad the newspaper finally wrote a respectful article though. Small comfort, but something.

Now if they would just find the wastes of DNA who did this and bring them to justice.