Dag, Can I Pee In Peace? 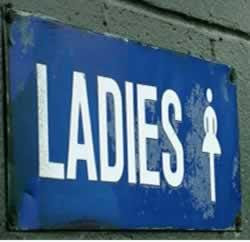 One of the things that all transpeople get slapped with is what bathroom we're going to use after we transition.

Lately it seems that our right-wing enemies, who have no rational reason in the light of overwhelming evidence that granting civil rights coverage to transpeople is fair and just, are resorting to scare tactics to deny us those rights.

The campaign of the so-called Citizens for Responsible Government that seeks to overturn the law the Montgomery County MD County Council passed 8-0 that prohibits discrimination against transgendered people in employment, housing, and access to public accommodations is wholly based on this tactic. They even went so far as to use notmyshowers.com as the website URL for their hate campaign. They know they have no shot to overturn this law if you use logic based arguments, so the conservatives do what they do best: lie.

Only problem is that it's my bladder and the bladders of other transpeople on the line here along with a law that's desperately needed.

We've heard the Forces of Intolerance throw this shade in Montgomery County MD, Daddy D throw it (and continue to exhort his sheeple to do so) in Colorado in the wake and passage of SB200, and even at the melanin-free hearing last week on transgender unemployment the opposition brought up bathroom based arguments against expanding civil rights for transgender people. 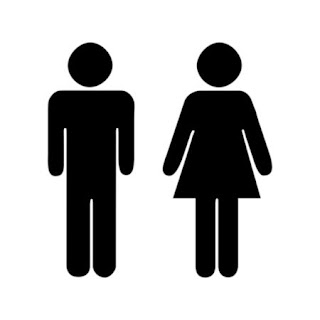 It's ironic, but not unexpected that the Reichers are recycling the same arguments they used to keep Black folks out of 'their' bathrooms back in the bad old days of Jim Crow for the new millennium.

If God forbid, a sexual predator wants to go into the women's restroom to commit his foul deed, he ain't gonna spend two plus hours getting in drag to do it. He'll just walk into the bathroom and do it.

And nine times out of ten they will call themselves Christians.

It's not like you don't have men or women using the opposite gender bathrooms already. There were more than a few times back in the 80's when The Summit/Compaq Center used to have long women's restroom lines, women would duck into the men's room to handle their business. Women take their toddler sons into their restrooms because they are leery of the possibility of heterosexual male perverts (98% percent of those being white males) fondling their boys if they send them in the men's room alone. And don't forget dads who have taken their toddler daughters in the men's room.

I do believe that no matter what the gender sign says on the wall, they all have sit down stalls with privacy doors.

When we begin this transgender road, one of the things that is stressed in gender club meetings, our conventions and seminars about transition is the fact that you not only use the bathroom consistent with your presentation, you do it correctly and get out. We as a community are very sensitive to that issue and ain't trying to start any static over it or garner any negative PR over it. That's why Theresa Rickman and our Montgomery County MD opponents had to fake a locker room incident and lie to people just to get enough signatures for their petitions forcing a November referendum on the law. 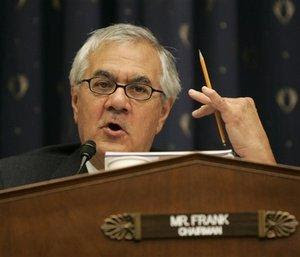 Even our 'frenemy' Congressman Barney Frank stooped as low with the infamous 'penises in showers' argument to oppose our inclusion in ENDA back in the 90's that our opponents are throwing now.

“There are workplace situations — communal showers, for example — when the demands of the transgender community fly in the face of conventional norms and therefore would not pass in any Congress. I’ve talked with transgender activists and what they want — and what we will be forced to defend — is for people with penises who identify as women to be able to shower with other women.” Congressman Barney Frank

When I go to the bathroom, I'm in there for a specific purpose. My mission is to pee, wash hands, check my makeup and get out. Every now and then I may have to do the number two. But I or any other transperson shouldn't be forced to use a bathroom opposite of our everyday gender presentation because of a Talabaptist's incorrect interpretation of Biblical Scripture or a transphobic gay congressman has a problem with us.

The bottom line here is that all I and any other transperson want is to pee in peace in the bathroom appropriate to our current exterior gender presentation.

Is that too much to ask?
Posted by Monica Roberts at 10:55 PM

I hope you don't mind, but I've posted a link to this post on my personal blog. And here's what I wrote:

For God's Sakes, Let Them Pee!

Sometime I feel like I'm the only person pushing for post-identity politics...

Monica's recent post "Dag, Can I Pee in Peace" highlights the discrimination that transpeople face when trying to use public restrooms that match their gender presentation. Right-wingers try the same old scare tactics to whip the public into a frenzy...

But what I find more disturbing is that conservatives simply can't get past equating biology and gender. When couched in biology, "natural" gender presentation seems to stem from someone's genitals. But ask any sociologist and they'll tell you that gender presentation, gender roles, even the way in which we gender people are all social constructions, learned traits and qualities that have close to nothing to do with biology. Just because traditional gender roles are typically associated with having one set of genitalia or the other does not make that association correct. Tradition is not always right.

We need to move past the identity politics that hold gender roles to the rigid lines of biology. For God's sakes, let them pee where they please!

The restroom issue is easy - gender presentation is the key. Shower's harder, but affects very few employees in the real world, most T employees are modest by nature and would rather shower at home anyway, and a cubicle/stall or separate shower would solve problem, anyway.

As for the pedophile-in-the-bathroom thing, last time I checked, pedophilia is already quite illegal. Bust 'em when they do it, and throw the key away. You'll find they're all straight men, anyway.