Michelle Obama To Become An AKA 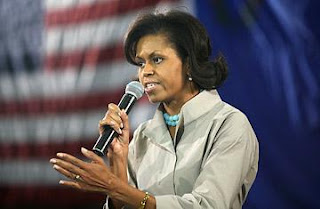 The oldest African-American sorority is about to gain a new member.

In an announcement made Monday during this week's Boule running through this Friday that's sure to thrill Alpha Kappa Alpha's over 200,000 members, Michelle Obama will reportedly accept an invitation to join the sorority. At the time she was matriculating on the Princeton campus, an AKA chapter didn't exist and wasn't founded there until 1985.

Ever since it became known that Mrs. Obama wasn't a member of a Divine Nine organization, the jockeying for the honor of inducting her into their ranks has been fierce. But some people felt Alpha Kappa Alpha had the advantage because of the sorority's corporate headquarters being located in Chicago and large AKA alumni groups located there and in Washington DC, where the sorority was founded 100 years ago.

If Senator Obama becomes our next president, she wouldn't be the first AKA First Lady. The late Eleanor Roosevelt holds that distinction, but she joins a long list of prominent members of the sorority that includes astronaut Mae Jemison, Alicia Keys, Coretta Scott King, Rosa Parks, Jada Pinkett Smith and Liberian President Ellen Johnson Sirleaf.

So don't be surprised if you see Michelle Obama sporting salmon pink and apple green at an event near you.
Posted by Monica Roberts at 1:43 AM

Labels: African-American, AKA, frats and sororities