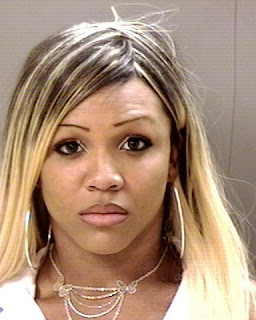 by Jerry Jones
Publisher
Out & About, Nashville, TN

Memphis (Tenn.) – Memphis Police are investigating the death of Rodney Whitaker, age 20, an African American transgendered woman who was found on July 1, just steps away from a daycare, an abandoned apartment complex and a strip club.

WREG-TV in Memphis broke the news and reported that Whitaker was left naked and that police were investigating the crime as a possible murder. A daycare worker discovered the body around 7 a.m. Tuesday and WREG said that parents at the daycare say this is the second murder there in a year. One man said he heard a gunshot early in the morning, but police are not providing any details about this case other than to say an adult male was dead on arrival, according to WREG.

"The specific circumstances leading to her death are not known at this time," said Tennessee Equality Project President Christopher Sanders. "But there is reason to believe this is a hate crime fueled by transphobia. Memphis police officers are searching for any possible witnesses. If you have information that could aid police, call CrimeStoppers at 901-528-CASH. "

The murder is the latest in a string of hate crimes against the Memphis transgender community and prompted a group of citizens to bring it to the attention of the Memphis City Council at their meeting on Tuesday. That group included members of the Tennessee Transgender Political Coalition (TTPC).

"We consider these two recent crimes, combined with the still unsolved murder of another African American transgender woman, Tiffany Berry on February 16, 2006, to be totally unacceptable," said Marisa Richmond, president of TTPC. "The lack of response by the Memphis Police Department and the Shelby County to the beating of Duanna Johnson has set a tone in the community that the lives of transgender people,
especially African American transwomen, are irrelevant."

Richmond will appear this weekend on Out and About Today, and will talk about these brutal hate crimes against transgender persons, along with several other topics of interest. Out and About Today is broadcast on NewsChannel 5+ and will debut on Friday, July 4, at 10:00 pm, CDT, and will repeat on Saturday at 9:30 pm, CDT, and Sunday at 10:00 pm, CDT. NewsChannel 5+ can be found on Nashville Cable at
Channel 50. If you do not live in Nashville, check your local listings to see if NewsChannel 5+ is available in your area.

"We insist that local authorities aggressively investigate and prosecute these and other hate crimes against transgender, as well as gay, lesbian, and bisexual, people. It is also time for the State of Tennessee to add 'gender identity or expression' to the Hate Crimes Enhancement Factors in Tennessee Code Annotated 40-35-114 (23), and for the Federal Government to pass the Matthew Shepard Hate Crimes
Act," Richmond said.

Sanders said members of the Shelby County Committee of TEP was interviewed by local media about the incident, and they had learned that while investigators suspect foul play, the medical examiner has not determined the cause of death.

"We call on the Memphis Police Department to be expedient, yet thorough, in its investigation of this sensitive matter," Sanders said. "We also join those throughout Memphis and Tennessee in mourning and extending our deepest sympathies to the family and friends of Rodney Whitaker. This horrible incident serves as a reminder to our communities and elected officials of the necessity to add gender
identity/expression to existing state and federal hate crime laws so that these terrible acts can be properly recorded, investigated and prosecuted as hate crimes."
Posted by Monica Roberts at 7:25 PM

Seeing this leaves me with a desolate, unanswerable 'why?' flooding over me.

When Barney cut us out of ENDA last year, I said then and stand by what I said, that your despicable actions just told the nation it was open season on transgender people.

Unfortunately African-American transgender people are taking the hits from the anti-transgender violence.

How much you wanna bet the Memphis polizei never investigate this crime seriously? What are the odds that a Memphis pig did this crime, too, in an effort to prove that all T people are sex workers? Yes, I called the Memphis cops pigs - they've earned that term.

Until justice is done for the T community of Memphis, and the MemphiSS apologizes - and pitch the officers responsible in jail - neither my body nor my money will visit Memphis, TN.