Tonight and tomorrow at 9 PM EDT CNN will devote four hours of its programming to talk about my peeps. It will rerun at midnight if you miss either part.

The show is called 'Black In America' and will be hosted by award winning journalist Soledad O'Brien.

Tonight's segment, called 'Black in America: The Black Woman and Family,' focuses on the issues of African-American women. Tomorrow's two-hour segment, 'The Black Man', will focus on the issues that impact them. 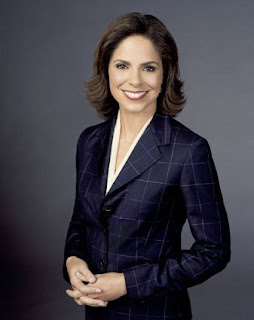 Soledad was a perfect choice to host this series. I've always liked her as a journalist, anyway. Hearing that she was doing this yearlong report allayed one of the concerns I had that it would drift into stereotypical cliches about us.

I feel confident that with her interesting personal background, this will be another one of her informative, balanced stories.

I remember the day I discovered Soledad O'Brien was African-American as well. I surmised she was Latina and her last name give you one major clue about her Irish heritage as well. But it took me watching C-SPAN coverage of a National Association of Black Journalists convention event that was happening in Indianapolis a few years ago to uncover the African-American piece.

During that NABJ event I happened to see her asking a question on camera. Someone mentioned that she was a member of the group and I had a 'say what?' moment. It piqued my interest in finding out a little more about her background and I discovered that her mother is Afro-Cuban. She's also a member of the National Association of Hispanic Journalists as well.

If you really want to gain a little insight into the world through the TransGriot's and other African-American eyes, make it a point to watch or Tivo this documentary.
Posted by Monica Roberts at 11:31 AM

I intend to watch this series but I have my doubts simply because of the way the first two parts have been divided.,,women and the family, and the black man. Why is is necessary to link women to reproduction and the black man gets a completely different show based on his issues. I fear that it will just reinforce ideas that we already believe about black women. I intend to blog my reaction right after the show.

Since they had four hours devoted to the tpic and had to start clustering the various interviews in terms of time and subject, it was decided to divvy it up that way.