Will There Be Transgender Athletes In Beijing?

Standing on the top step of the Olympic medal platform with a gold medal around your neck while hearing your country's national anthem being played is a universal dream for all people who participate in sports.

Transgender athletes share that dream as well, and as we rapidly approach the August 8 start of the 2008 Summer Olympics in Beijing, we're aware that since the 2004 Athens Games transpeople have been eligible to compete thanks to rules changes enacted by the International Olympic Committee.

The new IOC rules were enacted too late for many transgender athletes to compete in Athens. The hopes of transgender people all over the world shifted to the 2006 Torino Winter Games or the upcoming Summer Games in Beijing. We were anxious to find out if some transperson somewhere had the athletic talent to make an Olympic team. There's no doubt about the intestinal fortitude part, we have that down cold. To transition takes guts period, so making an Olympic team is a doable challenge. 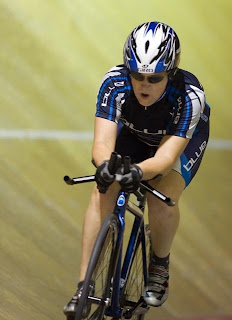 Many US transpeople were looking north of the border and keeping a close eye on Canadian cyclist Kristen Worley and Canadian BMX biker Michelle Dumaresq. They had the best shots on this side of the world of making their national teams and being the first openly transgender athletes to compete in the Games.

Note I said openly compete. Olympian Stella Walsh won gold in the 100m at the 1932 Games in Los Angeles and the silver in the same event at the 1936 Games in Berlin. She is considered one of the greatest track and field athletes of all time. But it took her untimely death in 1980 from a stray bullet hitting her during a robbery attempt for the world to discover from her autopsy results she was probably intersex. Not only did she have male genitalia, but XY chromosomes as well. It was Stella's case that motivated some IOC members to look into the transgender athletes issue and proactively deal with it. 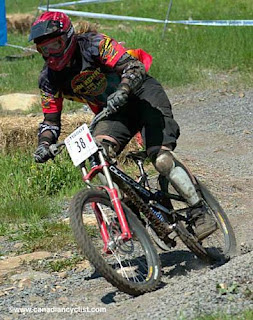 I checked out the Canadian Olympic website and it seems that neither Kristen or Michelle made the Canadian teams in their respective bike disciplines. In fact, there was a dispute between Kristen and the Canadian Cycling Association about whether she'd qualified or not.

I'm a little disappointed because as I mentioned in a post a while back, whether we live in the States, Canada, Thailand, South Africa, Australia, Great Britain, Brazil or wherever we are on the planet, transgender issues are international ones. Any breakthrough we make anywhere positively affects our brothers and sisters on the rest of the planet. So yeah, I was rooting for Kristin and Michelle to make the Canadian team and would have been cheering for them to win even if they were opposed by US cyclists.

So unless there's a transgender athlete qualified for their national team somewhere else in the world, it's unlikely we'll see it happen in 2008.

But it will happen. Transgender kids growing up now will ensure that one day, a transgender athlete will be standing at the top step of an Olympic podium having a medal placed around their neck. Some of the high school athletic governing bodies in the United Ststes are beginning to take a look at these issues and the NCAA is considering proactively drafting policies that cover transgender athletes as well.

We have transgender athletes competing in various sports at high levels such as golfer Mianne Bagger, and it's not too farfetched to think that one day, they will make a national team or qualify for an Olympic Games. 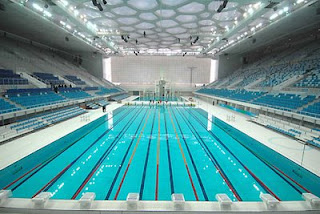 As for the detractors who claim transwomen have an advantage competitively over biowomen, the only sport so far that the charge may possibly be true is swimming. We transwomen carry extra body fat from our time in male bodies. However, whatever buoyancy advantage that gives you is negated by the fact that we're still lugging around a masculine weight skeleton and have less strength to do it because of our feminine muscle tone. So in short, transwomen swimmers would be competing under a handicap.

I noted that when I got on the tennis court a few years after I started transition. It took me a while to get adjusted to the fact that I'm a little slower because I have to run around for two plus hours on a tennis court lugging a 6'2" frame with femme muscle tone. The fact I wasn't in tennis playing shape at the time made it more difficult. 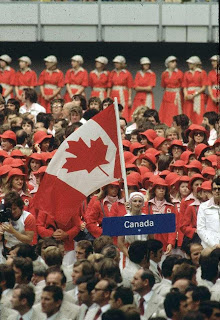 What I noted anecdotally will get a major scientific test. Sport Canada along with various partners has begun a first of its kind in the world major research project on transitioned athletes. The goal is to provide sports governing bodies with the data they need to ensure fair competition and balance our desires as transgender people to participate fully in all that life has to offer.

As an African-American, I am fully aware of the power that sports, especially at the Olympic level has to break stereotypes, educate and bring people together. It's one of the reasons I love the Olympic Games so much. I was hoping to see Kristen or Michelle either carrying the Canadian flag or proudly marching into the Olympic Stadium in Beijing next month.

But if it doesn't happen in this Olympiad, I'm comforted in the knowledge of knowing that someday and somewhere it will.
Posted by Monica Roberts at 11:03 PM

Hah I feel a little weird about commenting so long after this was posted and when there are no other comment. Plus I usually do not gush so. Anyways, I recently found this post and I loved it. I am a trans woman and an athlete and I found it quite inspiring. Perhaps I am not that great at using Google but I often have trouble finding much of anything dealing with trans people and sports, especially the Olympics. Thanks. <3

There need to be more of us partaking in sporting pursuits.

They not only are good for us physically, they will help us self esteem wise as well.