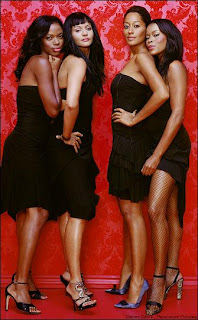 After eight seasons and numerous award nominations, we won't be hearing Angie Stone sing that theme song on Sunday nights any longer because Girlfriends has been cancelled.

One thing that is bothering many fans of the show is the knowledge that once again, Hollywood is following the trifling formula for building startup television networks that NBC used to rebuild its viewership when it was slipping in the 80's, Fox used to build itself from scratch in the 90's, and now UPN/the CW.

What is that formula you ask?

Put together a bunch of well written, sophisticated shows with an ensemble cast of African-American actors that we will watch. That ensemble cast can either have a well known actor or two or fresh faces. Once those shows have built ratings, name recognition, buzz, award nominations and enough ad revenue for your network to turn a profit and the network's survival is assured, then you cancel the African-American oriented shows and start putting shows that cater to white viewers in those time slots.

Now sadly, Girlfriends is being kicked to the curb. Other bloggers have commented on it, now it's my turn. 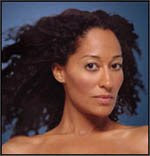 I've watched Girlfriends since it started back in 2000. I was on vacation and flipping channels one Monday night when I first stumbled across it. I noted that Mara Brock Akil was producing it and Tracee Ellis Ross, the daughter of legendary singer Diana Ross was one of the actors on this show along with cast members Reggie Hayes, Persia White, Golden Brooks, and my fellow Texan (from Dallas) Jill Marie Jones.

I tuned in and fell in love with Joan Clayton, Maya Wilkes, Toni Childs, Lynn Searcy and 'honorary Girlfriend' William Dent as gainfully employed professional people who shared my ethnic heritage discussed life, love, work, sex and relationships while weaving in social commentary about being Black in America. It was also cool to see the parade of guest stars that ranged from Jill Scott to Jenifer Lewis hilariously playing (what else) Toni's mother. 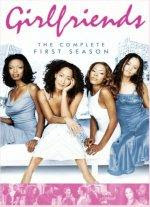 I'd been starving for that type of television show since A Different World and Living Single went off the air and didn't want to miss a minute of it. As a writer I love TV shows which not only realistically reflect my culture and the reality I deal with, I love intelligently written realistic dialogue and characters. I started taping the show since I was working Monday nights at the time.

Since I know as a writer that television shows on some level sometimes reflect the reality of the people that create them, I also looked at it as a transwoman as an entertaining opportunity to get a glimpse of how biowomen interact with each other, since I was in the process of looking for and building my own similar circle of girlfriends. 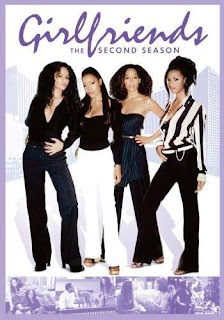 I love Girlfriends so much that I buy the DVD releases almost as fast as they become available. I even started watching The Game not only because it's a spinoff of Girlfriends and it's also produced by Mara Brock Akil, but it has Tia Mowry and Wendy Raquel Robinson as cast members. 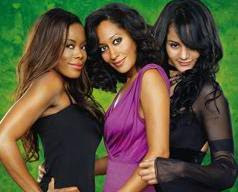 But the thing that I and many Girlfriends fans are upset about is that we're not going to get a proper farewell show because the CW is disrespectfully citing costs as a reason they aren't doing it.

Okay, this show helped make the UPN/CW millions thanks to 172 quality episodes. It built a loyal predominately African-American viewership and was the Number 1 rated show amongst African-Americans. It garnered numerous NAACP Image Award nominations, but you can't break down and spend the cash to do a farewell show. 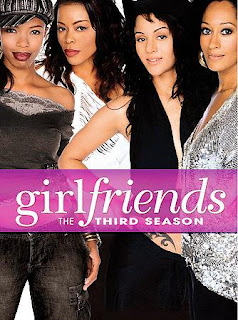 If it stays on that long, I doubt the CW will cite the same fiscal concerns when it comes to a show like One Tree Hill or leave its fans hanging when they cancel it.

As I mentioned earlier in the post, Girlfriends was on for eight years. It deserved a farewell show.

Well, I'll have The Game and the Girlfriends DVD's to look at. But I'll still wonder if Joan and Toni will finally settle their differences and get their longtime friendship back on track. Did Lynn get out of her recording contract or resolve her creative differences and eventually start making hits? What was the gender of the child William and Monica finally had? Did Maya finally get her writing career back on track? Did she and Darnell survive shepherding Jabari through his teen years and are they going to have or adopt another child?

But the $64,000 question all Girlfriends fans want to know is did Aaron not only survive his deployment to Iraq, but did he and Joan finally get married?
Posted by Monica Roberts at 12:07 AM

It just shows how the peeps who run these networks can be disrespectful and disconnected twits. After letting folks into your home for 8 years, getting to know them, watching them grow and change, you deserve some closure.

Yep....
The CW to CYA, tried to say they gave the shows actors an opportunity to do a final show.

What they didn't say was that they offered all the actors HALF their normal episode pay to do it.

So, anybody wanna debate that there's no racism in Hollywood?

Would they have done that to the actors in Seinfeld? 90210?

As one of the "nuts" who thought "Jericho" was the best show on TV in years, I echo the thought that the people who run the TV networks don't have a friggin' clue. It ceased being about quality programming years ago.

What did "Girlfriends" run opposite? There's your key; "Jericho" was doomed by running opposite "American idol." NBC did the same thing to "The Apprentice."

Those who run networks have no sense.

Wow, this sucks. I liked that show.

The CW is notorious for this, though. They cut Gilmore Girls short in much the same way after 7 seasons on air. The last season seems so rushed and unfinished, because the show never got it's proper finale.

What did "Girlfriends" run opposite? There's your key; "Jericho" was doomed by running opposite "American idol." NBC did the same thing to "The Apprentice."

Those who run networks have no sense.

It was running on Mondays at 8 ET, but te backed ut up an hour to run against Monday Night Football, then shifter it to Sundays.