Why Do Black Folks Celebrate The Fourth Anyway? 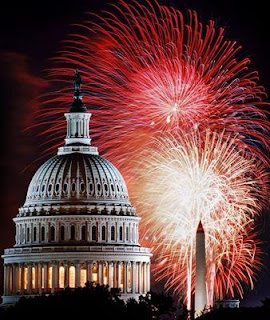 This started out as a journal entry and morphed into a prayerful reflection on why it is that some black people celebrate the Fourth of July anyway. This is the shape of one woman's opinion looking through the lens of her trans experience.

Yesterday was the Fourth of July, America's 232nd birthday. I spent that day in Clarksville, TN with my mother, my sister, and briefly visited with one of my brothers.

At nine that evening I tuned to Nashville's channel Five for a broadcast of the fireworks display at Nashville's Riverfront Park. I kept watching the crowd to see if I could spot a black face. Not a particular black face, but any black face. Surely in a crowd that Nashville officials estimated to be around 100,000 there'd be some black folks, right?

Well in all the quick shots of the crowd I only caught a glimpse of one black face. And it suddenly made me feel sad. And I asked myself why do blacks celebrate the Fourth anyway?

One of the three commentators from the news team, urging the audience to enjoy the display, said: "It's yours. It's your America."

Perhaps that may be why black folks celebrate the Fourth. Maybe many of us recognize that although America has been unkind to the children of its former slaves, those same children somehow managed to help build this country anyway with our own blood, sweat, toil, and tears. 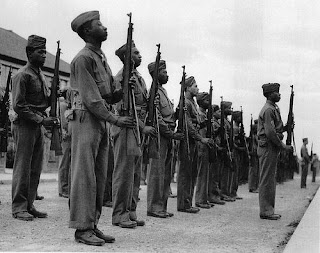 Perhaps many of us recognized that, although many of our soldiers could not sit down at a downtown lunch counter over a cup of coffee after the long train ride home, they were still American soldiers who have blessed the soil of every place American soldiers have ever marched going back to the American Revolution, with their blood.

Perhaps some of those soldiers dreamed, hoped, and prayed that some of their children would go to school and graduate from college and become supreme court justices and maybe, just maybe, on a long, long, shot, President of the United States. (That's right, I'm betting on young Mr. Obama!)

Maybe, despite the oppression we have borne, we are still in there hoping, praying, dreaming, and working, striving so that we shall overcome, and placing our claim before America and God so that one day, America will indeed be the great nation it can be.

If America is to be that great nation then things will have to change and we need the kind of change we can believe in. And that is especially true for us black trans men and women.

Go down to Memphis, Lord! And deal with those violent men who are sworn to uphold the law, and to protect and serve.

Go down to Memphis where our sisters end up near abandoned buildings and end up dead.

Go down to Philly, Lord, and find out what happened to sister Nizah way back in 2002.

Go down to DC, the nation's capital, Lord, and deal with those who execute our brothers and sisters on street corners in a furious hail of bullets, executed only for the crime of being trans.

And go down to Nashville, where the story of Nakia Baker broke and was written in disrespectful terminology.

Even our lawmakers sometimes seem a law unto themselves and their lobbyist friends. Witness how we've been sliced out of federal employment nondiscrimination legislation by a group that called themselves our allies, Lord! With allies like that who needs enemies? 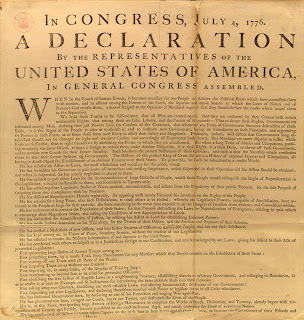 These are not marks of a great nation. Perhaps they are the marks of a nation still trying, after nearly 230 years to come to grips with the claim of black America on our national charter and its founding document which declares for all the world to know that we hold these truths to be self-evident, that all are created equal and are endowed by the Creator with the inalienable rights of life, liberty, and the pursuit of happiness.

And that includes trans people.

When America comes to grips with our claim upon its charter, then can God make of us a great nation. And maybe it is that hope, that prayer, that dream, that keeps us going and why some black folks celebrate the Fourth of July anyway.
Posted by Monica Roberts at 4:42 PM

Your prayerful argument moved me to tears. My heart aches for the lives of our sisters and our brothers who die because they are trans. I will never experience the fourth of july in the same way again.

Today's Constitution is a realistic document of freedom only because of several corrective amendments. Those amendments speak to a sense of decency and fairness that I and other Blacks cherish.