No Blacks Or Mongolians Allowed? 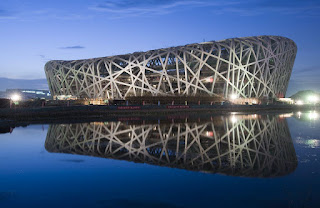 Why am I not surprised?

According to the Huffington Post, citing a story from the Hong Kong based South China Morning Post, Beijing authorities are secretly plotting to keep Blacks and other people it considers 'undesirables' out of the city's bars during the Olympic Games set to kick off there August 8.

Bar owners in the Sanluitin district near the Olympic Stadium have been forced by Public Security Bureau officers to sign pledges not to allow Blacks into the city's bars.

The Danwei Chinese media analysis site called that report on the South China Morning Post 'highly unlikely' but admits that low level PSB cops may have issued such orders because the Chinese government has spent much cash to make these Games the showcase of a 'new China'. They are paranoid and nervous about the waves of foreign tourists traveling there for the Olympics.

I guess the One World, One Dream' slogan for these Games doesn't apply to people of African descent visiting Beijing for these games.
Posted by Monica Roberts at 7:46 AM

Apparently Africans and Mongolians are commonly viewed as criminals in Beijing. In addition to bar indignities, an arbitrary roundup of all the black people the police could find in the Sanlitun district took place last fall.
http://preview.tinyurl.com/5rgd6f

I thought China was trying to avoid bad publicity prior to the Olympics.

Dale,
It seems like since New Year's Day, they've made every boneheaded move possible that will guarantee them negative publicity.

First Tibet, then the ban on all foreign television networks requesting to broadcastg from Tienamen Square, Darfur, the concerns over beijing's polluted air and now this.

The only sympathy they've gotten this year was because of the earthquake.