While much of the world waits for the August 8 opening ceremonies for the 2008 Olympic Games in Beijing and Londoners are anxiously counting down to the August 29, 2012 start date of their Games, October 2, 2009 is a date circled in red on next year's calendar by the mayors of four cities.

On that date the International Olympic Committee will announce who will get the Games of the XXXI Olympiad.

The final four cities in the running to get the 2016 Olympic Games are Chicago, Illinois, USA, Tokyo, Japan, Rio de Janeiro, Brazil, and Madrid, Spain.

Rio's chances are enhanced by the fact that a Summer Olympics has never taken place on the South American continent and they hosted the 2006 Pan Am Games. They basically ran it as if their chances to host the Games depended on it, which wasn't too far from the truth. While the Pan Am Games exposed some issues that are being rectified, the Brazilian Olympic Committee still chose Rio over Sao Paulo as their candidate city.

Tokyo was the host city in 1964. It's a national capital and got high IOC marks for the technical aspect of their bid and the compactness of their venue plan. However, with this year's Games being held in Beijing, the IOC may not be looking to return to Asia so quickly.

Madrid has the same problem. It's similar to Tokyo in that it's a national capital. Although Barcelona was the host in 1992, the 2012 Games will be in London. The likelihood of the Games being on the European continent only a mere four years after London hosted them is remote. 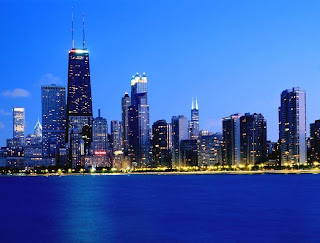 Chicago's chances not only look good, some IOC insiders and knowledgeable people about the Olympic bid process consider Chicago the frontrunning city to land the 2016 Games.

The last time the Games were hosted in the United States was in 1996 in Atlanta. It's been a while since the Summer Games have been in the Western Hemisphere (12 years and counting), and people have raved about Chicago's game plan for a compact, traveler friendly Olympics with venues only 15 km from the Olympic Village. The IOC peeps like international cities with ample cultural attractions, and Chicago has that in abundance as well. 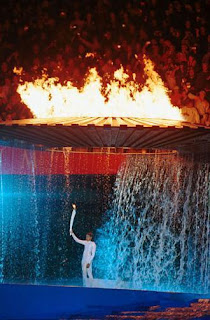 This isn't Chicago's first time as an IOC finalist city. Chicago actually won the bid for the 1904 Olympic Games by a unanimous IOC vote, but since the World's Fair was being held in St. Louis, the Games were moved there. Chicago was a finalist for the 1952 Games which were awarded to Helsinki and the 1956 Games which ended up in Melbourne.

Don't forget NBC's big bucks Olympic agreement runs through 2012 as well. The IOC is acutely aware that the North American based TV networks would pay major bucks for a TV friendly Games (Central Time Zone) in which they can show far more live events.
TV cash is one of the reasons that since 1992 the Summer and Winter Games no longer occur in the same year.

If Chicago is chosen, the Games would take place from July 22 to August 7. For purely selfish reasons, I'd love for Chicago to get the Games. I'd not only have a place to stay thanks to relatives and a few friends living there, I'd be only a five hour drive from the action, assuming I'm still living in Da Ville in 2016. 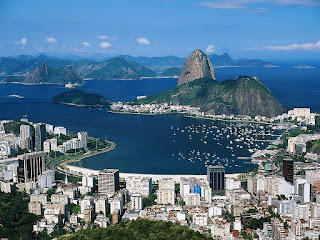 Chicago's stiffest competition will be Rio. IOC President Jacques Rogge has stated that he would like to see an Olympics staged on the South American and African continents, the only two that have never held them.

Timezone wise, Rio is only an hour ahead of Eastern time, so you'd have many events occurring live at a Rio based Games as well. The scenic backdrops would also be breathtaking as well, so if Chicago didn't win, it would be the next most favorable locale to the North American TV networks. While I agree with Jacques Rogge's sentiment, I have to admit that having an Olympics only five hours driving time away from moi appeals to me.

Whether Chicago gets the Games could hinge on the US presidential election in three months. There are a few IOC members who are not too happy about how Junior and his minions have treated the world during his presidency, and don't think that they won't factor that into their votes next year.

They might be more favorably disposed to vote for Chicago if a first term President Obama is sitting in the White House next year, and assuming Chicago gets them, was completing his second term at the time those Games were scheduled to kick off.

You can bet that the Final Four candidate cities will not only have representatives on hand in Copenhagen, Denmark a year from now making presentations and furiously lobbying for their respective cities, they will be on pins and needles until that announcement is made making them members of an elite group.

An Olympic host city.
Posted by Monica Roberts at 1:23 AM

Wow! Frontrunner Chitown? It would be great if it came here. Also to it's credit is the wonderful and successful way Chicago ran the 2007 Gay Games.

You're probably right Jackie. Anytime you host an Olympic style multisport event and pull it off successfully, it gets noticed by the IOC.

In Houston we hosted the 1986 US Olympic Festival when the USOC was sponsoring that event from 1978-1995.

Houston did such a bang up job on it the city decided to start bidding for Olympic Games. We lost out to NY and San Francisco to be the 2012 US bid city for the Games, and also lost out in the running for the 2016 US bid city which was eventually won by Chicago.

My hometown will eventually get an Olympic Games.

May I suggest a link related to the Beijing 2008 Olympic Games?

Please let me know if you want a link back.
Many thanks for your reply.