We take it almost for granted these days that the Democratic Party has been the party of civil rights. Because of their role since the mid 60's as agents of change, it is the one we African-Americans have cast our political lot with. 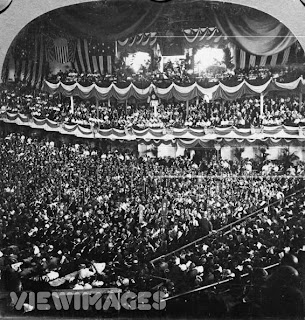 But one hundred years ago when the first Democratic National Convention was held in Denver, the political script was flipped. The Republicans were the 'Party of Lincoln', the emancipators that African-Ameircnas enthusiastically supported in the wake of our 1865 post-Civil War emancipation from slavery. The Democratic Party, as the political home of the slave owners, had at the time attitudes and prejudices more akin to today's racist Republicans.

But in an eerily similar deja vu moment, there was a rising tide of anger building in the African-American community because many Blacks felt that the Republican Party was 'taking us for granted'.

Yo, Democratic leadership and fellow Dems, pay attention to the rest of this post so you don't repeat history. Moni's about to take y'all to school thanks to a major assist from Naomi Zeveloff and the Colorado Independent.

As I discovered in 1988 when I lived in Denver for a month to do some corporate training when I worked for CAL, Denver and the state of Colorado has an African-American community with deep historical roots. I didn't get the chance while I was there to visit the Black American West Museum that documents some of that history.

The Denver African-American community played a major role in some of that history, including laying the groundwork for our political shift from the Republican to the Democratic Party.

Like now, as the Democrats began to gather in Denver for the July 7-10 convention that put the young city on the national map, there was a spirited debate going on in the African-American community at the time about whether to cut our ties with the 'Party of Lincoln' or attempt to forge a relationship with the Democratic Party. 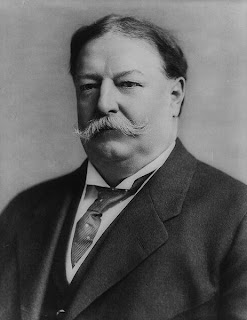 The African-American community blamed William Howard Taft, Roosevelt's Secretary of War and the 1908 Republican presidential nominee for the unjust treatment of the 170 African-American soldiers dishonorably discharged on trumped up charges.

The disenchantment levels with the Republican Party in the African-American community, combined with a growing perception that we had to be the agents for our own liberation and couldn't rely on the Republicans to do the right thing, had many Blacks seriously considering backing Democratic candidate William Jennings Bryan. Bryan's professed populist broad approach to equality got the attention of some African-Americans while Republican loyalists in the community remained skeptical of it. 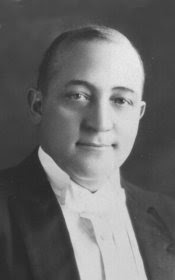 The spirited national debate was also heating up in Denver's Five Points neighborhood as well. One Bryan supporter who spoke up at a community meeting was prominent local physician and drugstore owner Dr. Joseph Peter Henry Westbrook. He'd risked his life by joining the Ku Klux Klan in order to gain intelligence on its activities.

Denver was also home to the National Negro Anti-Taft League, which sought to deny Taft the presidency and simultaneously persuade Bryan to live up to his soaring oratory and include African-Americans in his platform.

Colorado Statesman editor Joseph D.D. Rivers was a Hampton Institute classmate of Booker T. Washington and harbored no illusions that the early 20th century Democratic Party was friendly to African-Americans. He penned this July 18, 1908 pro-Bryan editorial in his paper called 'Signs Of Redemption' 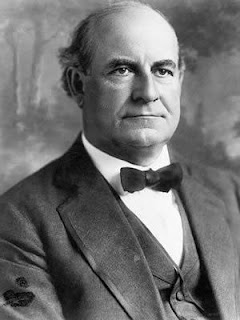 "It is, of course, useless to expect that the Democratic party, as a whole, will so commit itself as to profess a sincere and wholesome regard for the welfare of the Negro citizen," the editors declared, "but the fact that the progressive element in the party has reached the point where it does not hesitate to make a general and impartial declaration upon the equal rights of all citizens of the United States, 'at home or abroad,' to enjoy the equal protection of law, must be regarded as a long step toward the elimination of racial controversies in politics when all parties interested are citizens of the United States."

After some heated editorial battles between the two Denver-based African-American newspapers and oratorical jousting amongst various influential people in the community, combined with Bryan's refusal to add an equal rights plank to his platform, both Denver African-American community papers endorsed Taft.

The Democratic Party missed a golden opportunity in 1908. African-Americans were primed and ready to make that seismic shift of support, but the Democratic Party didn't have enough courage to pull the trigger and do the one thing necessary that would make it happen.

It took another 60 years and the administrations of Franklin Roosevelt, Harry S. Truman, John F. Kennedy and Lyndon Johnson, thanks to their increasingly aggressive stances on civil rights and pushing major legislation to achieve that progress, before the decisive shift of African-American allegiance away from the Republicans and to the Democratic Party that is part our current early 21st century political reality happened. 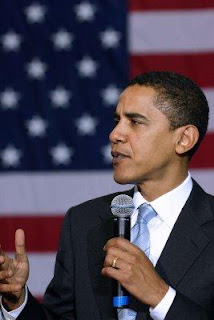 It seems fitting that one hundred years later, Sen. Barack Obama, the first African-American nominee for president will accept the Democratic Party's nomination here in Denver, the city that jumpstarted the process and played a major role in the national debate that eventually led to the African-American community's political migration from the Republicans to the Democratic Party.

They would also be pleased and proud to see that what they passionately debated during the summer and fall of 1908 has become a reality.
Posted by Monica Roberts at 9:05 AM