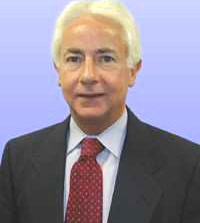 This is definitely a Maya Wilkes moment  and a well earned nomination for Shut Up Fool of the week.

Heard about Joe Rickey Hundley, who while traveling on a February 8 Minneapolis-Atlanta Delta flight let his inner bigot out while in seat 28A next to 33 year old Jessica Bennett and her 2 year old toddler Jonah.

Jonah began crying while on final descent.into Hartsfield-Jackson Airport on Flight 721 probably due to the altitude change that can cause some brief ear discomfort.

The 60 year old Hundley is not only alleged to have said to Bennett "Shut that n----r baby up," he took it a step further by following the racist comment up with a slap to Jonah's face that only intensified the crying.

He denies it, but other passengers have verified it was said.. Once that happened other nearby passengers intervened and Hundley was arrested upon arrival at the gate.

He was charged with simple assault (really?) and faces up to a year in prison if convicted of the misdemeanor count.  He was also charged with public intoxication and has been suspended from his job as president of Idaho-based Unitech Composites and Structures.


TransGriot Update: Now that his story has gone viral and international,reports are that Hundley has now been terminated from his job.