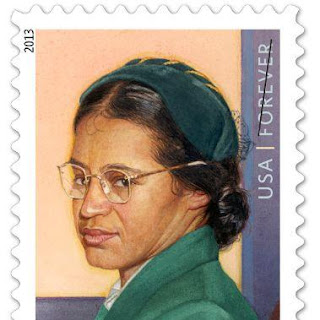 Today would have been the 100th birthday of iconic civil rights leader Rosa Parks, who was born on this date in Tuskegee, AL in 1913.

She is known for being the catalyst of the Montgomery Bus Boycott, but she'd been active in the Montgomery chapter of the NAACP since December 1943 and was a member of the Voter's League among her other civil rights work.

She also has a statue in the Capitol building's National Statuary Hall in addition to being a recipient of the NAACP's Spingarn medal in 1979,  the Presidential Medal of Freedom and the Congressional Gold Medal.
And because she was tired of enduring injustice, she sat down and allowed herself and our people to stand up and fight for our human rights.