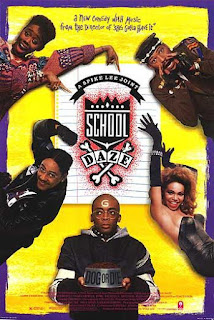 25 years ago on this date in 1988 Spike Lee's widely anticipated second feature movie release after his sleeper hit She's Gotta Have It hit the multiplexes. 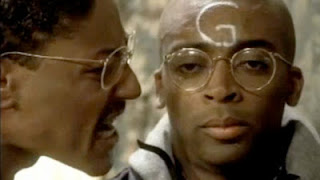 It's one of my favorite movies, and School Daze starred a few people who have since gone on after filming this movie to be breakout movie and television stars such as Laurence Fishbourne, Giancarlo Esposito, Tisha Campbell-Martin, Jasmine Guy, Bill Nunn and Samuel L Jackson.

It featured a homecoming dance scene in which Phyllis Hyman sang, and a rousing halftime speech by the Mission College football coach played by Ossie Davis.

School Daze was set on a fictional HBCU college campus and tackled many of the issues of Black middle class life.   It took on colorism in our community.  It tackled hazing in the pledging process and the tensions on campus between Greek and non-Greek folks that in this movie exploded into an unscripted fight.in the step show scene. 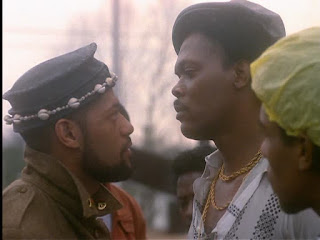 The movie also explored the conflict between Black people getting their college educations and the townspeople who didn't have that opportunity for various reasons and are resentful of it.

That was illustrated in the scene with Fishbourne's and Jackson's characters outside the KFC.

It touched on the politics of hair between the folks who like to wear it natural vs. the peeps who perm and straighten it.  And yeah, had some interesting musical numbers in it for good measure.

Hard to believe that 25 years has blown by since it was first released.   Definitely going to have to pull out my School Daze DVD and watch it again.
.