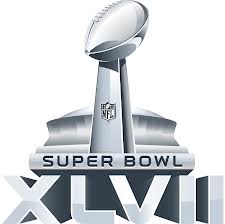 Well, I'd hoped my fave NFL ballers would be at the Mercedes Benz Superdome playing for an NFL title tomorrow, but unfortunately that isn't happening.

That game will take place between the Baltimore Ravens and the San Francisco 49ers and be a coaching battle between the Harbaugh brothers.   It'll also be Ray Lewis' last NFL game after 17 seasons and maybe Ed Reed's last in a Ravens uniform

It'll definitely be an interesting one in terms of both teams having stellar defenses and explosive offenses.

The Ravens and Joe Flacco like to go deep and hand it off to Ray Rice while the 49ers have a dangerous read option attack triggered by the speedy and strong armed second year quarterback Colin Kaepernick.

The Ravens have been on a hot streak ever since they entered the playoffs.   So have the 49ers.  But the Angry Birds had the tougher playoff road that saw them take down Andrew Luck's Colts, Peyton Manning's number one AFC seeded Denver Broncos and the number two AFC seeded Brady Bunch to get to New Orleans.

So who's going to win?    This is what Mike Watts had to say about it.   Ravens send Ray Lewis out in style hoisting the Vince Lombardi trophy again