We Have a History, Too 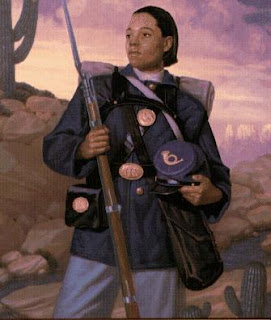 Another one from the TransGriot The Newspaper Column archives that i peened in February 2005 for Black History Month.

We Have a History, Too
Copyright 2005, The Letter


Ever since I was a child I've loved history. I enjoy looking at past events to get an understanding of how the reality of the present took shape. It is then that you can formulate plans to make a better future.

The transgender community is starting to come to grips with this truth and a website called Transhistory.org has tried to do that. However, it misses the boat in terms of the stories of the African-American trans community.

I'll start with Cathay Williams. She was born into slavery in Independence, MO and worked for a wealthy planter until his death, which occurred about the time the Civil War broke out. After Union soldiers freed her she began working as a paid servant. She traveled with Union Army until the war was over. She liked military life and wanting to be financially independent, in November 1866 enlisted as William Cathay. Because a medical exam wasn't required at the time, she was able to join Company A of the 38th United States Infantry. The 38th Infantry later became known as the Buffalo Soldiers, the all-Black cavalry and infantry units that saw action in the Indian wars, the Spanish-American War, and World War I.

Only her cousin and a friend knew Cathay's true gender. On October 1, 1867 she arrived at Fort Cummings, NM with Company A and spent the next few months protecting miners and wagon trains from Apache attacks. Eventually Cathay became ill, and once the post doctor discovered that she was a woman she was discharged on October 14, 1868. 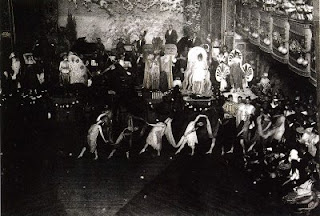 That's just one of the interesting stories involving an African-American transgendered person. If you saw the 1990 documentary `Paris Is Burning' you were introduced to the Harlem drag balls. Those balls date back to the Harlem Renaissance.

It was the period from the end of World War I to the middle of the Great Depression in which a talented group of Harlem based writers produced sizable volumes of poetry, fiction, drama, and essays. Several of those writers were gay, such as Countee Cullen, Wallace Thurman, Langston Hughes and Richard Nugent.

The drag balls were eagerly anticipated by both White and Black New Yorkers. The largest ball was held in the Rockland Palace, a venue that held up to 6000 people. Smaller balls were held in the Savoy Ballroom and at other locations around Harlem.

Chicago also has a ball tradition. In 1935 a gay man by the name of Alfred Finnie held his first ball in the basement of a bar on the corner of Michigan Avenue and 38th Street. Finnie was killed during a gambling brawl in 1943, but the ball continued for several decades. It grew to be a highly anticipated glamour event attended by thousands of people on Chicago's South Side. 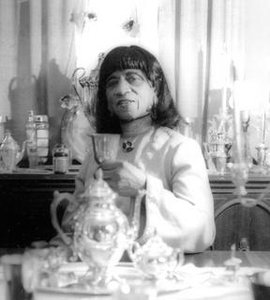 Annie Lee Grant's story is an intriguing one. According to the book 'Black Love Black Resistance', in order to get higher paying men's jobs he passed for 20 years as Jim McHarris. After working as a short order cook, cab driver, gas station attendant, preacher and shipyard worker, his secret was discovered when he was stopped for a traffic violation in 1954.

I can't end this column without briefly discussing Lexingtonian James `Sweet Evening Breeze' Herndon, who I'll talk about in next month's column. Miss Sweets was born in Scott County in 1899. She spent 40 years working as an orderly at Lexington's Good Samaritan Hospital and was regarded so highly she trained the new ones. . Miss Sweets blazed a colorful trail through the Depression, World War II and beyond until her death on December 16, 1983.

Since it's Black History Month I thought this would be an excellent time to share some of my history with you. Hope you enjoyed it.
Posted by Monica Roberts at 12:00 AM