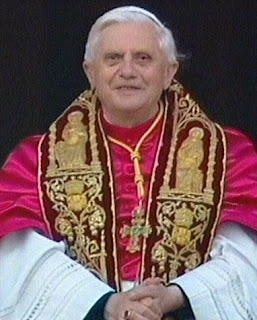 In a announcement that was a shock to the 1.2 billion people who are Roman Catholics around the world and will set off celebrations for those of us who aren't, Papa Nazi Pope Benedict XVI announced that he would resign the papacy on February 28.   He cited his advancing age (85) as a reason to become the first pontiff in 600 years to step down while in office.

Never been a fan of this pontiff because of his open hostility to trans people and the increasing Paul McHugh introduced trans hate injected into Catholic doctrine during his term that has filtered down to the rest of the cardinals and the flock. 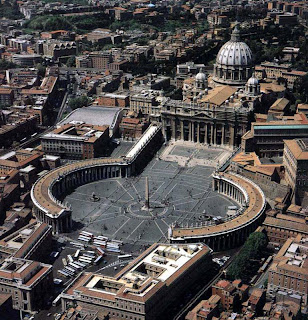 That Vatican trans hate has led to a major spike in anti-trans bigotry and anti-trans violence in many predominately Roman Catholic nations in Latin America and eastern Europe .

So I will be deliriously happy along with many of us in the trans community and our LGB allies to see him go.

The question will become as we get closer to his February 28 resignation date is who takes his place as the leader of the Roman Catholic Church?

We'll also be asking ourselves in the international trans and SGL communities will the next pope be better or worse than the person who preceded him? .