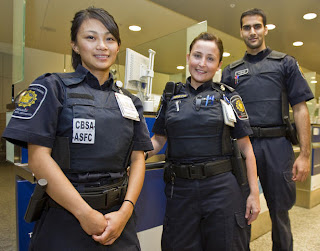 For you trans folks who are planning on visiting Canada soon or in the near future, if you're asked by Canadian Border Services Agency officers to do a strip search and you're apprehensive about it, a new option is available for you per recently created guidelines.

Due to questions from field officers concerning what to do in those cases, the CBSA adopted special strip search rules back in August for travellers who've had SRS, are pre-operative or non-operative, intersex or who feel neither fully male nor female.

The person can choose the split search option, in which a female officer conducts half the search while the male officer does the second half.

It was created according to Canadian Border Services Agency senior media spokeswoman Esme Bailey after it was pointed out the CBSA agency manuals originally gave no information to officers about how to handle strip searches when the subject was transsexual or intersexed. 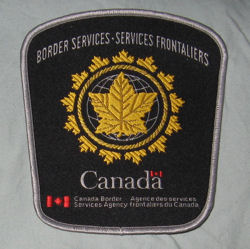 "The development of the changes to the policy was a proactive effort by the CBSA to ensure consistency with other law enforcement agencies and to resolve this gap in our policy," Bailey said
.
The policy was guided by a 2006 Ontario Human Rights Tribunal decision filed by transwoman Rosalyn Forrester.

She complained of feeling humiliated by strip searches conducted on her by a male officer from Peel Regional Police near Toronto in 1999 and 2001.

The Canadian Border Service Agency has conducted more than 2,000 strip searches this year according to Bailey, but there are no statistics available as to how many were split searches.

But know that if for some reason you're asked to do so by a CBSA officer while in the process of entering Canada, the option is available to you.